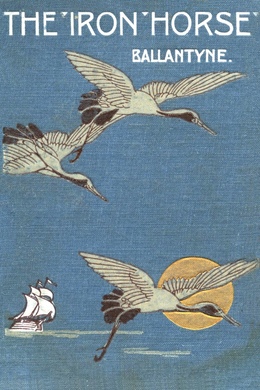 How the madman who assaulted me this evening found me out I know not. I was not aware until this day that he had been tracking me, but, judging from what he said, and from what I know about him, I now see that he must have been doing so for some years. Here is the explanation, and, let me add, it intimately concerns yourselves.

Talk of earthquakes! not all the earthquakes that have rumbled in Ecuador or toppled over the spires and dwellings of Peru could compare, in the matter of dogged pertinacity, with that earthquake which diurnally and hourly shocked little Gertie’s dwelling, quivered the white dimity curtains of little Gertie’s bed and shook little Gertie’s frame. A graceful, rounded little frame it was; yet strong, and firmly knit–perhaps in consequence of its having been from infancy so constantly and so well shaken together.

Her neat little body was surmounted by a head which no sculptor in search of an antique model would have chosen. Gertie’s profile was not Grecian; her features were not classic–but they were comely, and rosy, and so sweet that most people wanted to kiss them, and many people did. Gertie did not object. Probably, being only six, she imagined that this was the ordinary and natural method of salutation. Yet it was observable that the child did not reciprocate kisses except in one or two special cases. She had evidently a mind of her own, a fact which was displayed most strikingly, in the passionate manner in which she reciprocated the embraces of John Marrot, her father, when that large hairy individual came in of an evening, and, catching her in his long arms, pressed her little body to his damp pilot-cloth-coated breast and her chubby face to his oily, smoke-and-soot begrimed countenance, forgetful for the moment of the remonstrance from his wife that was sure to follow:–

“Now then, John, there you go again. You ain’t got no more power of subjewin’ your feelings than one of your own ingines, w’ich is the schreechin’ist, fizzin’ist, crashin’ist, bustin’ things I ever ‘ad the misfortune to ‘ave to do with. There’s a clean frock just put on this mornin’ only fit for the wash-tub now?”

But John was an easy-going man. He was mild, kind, sedate, undemonstrative by nature, and looked upon slight matrimonial breezes as being good for the health. It was only Gertie who could draw him into demonstrations of feeling such as we have described, and, as we have said, she always reciprocated them violently, increasing thereby the wash-tub necessity tenfold.

It would have been strange indeed if John Marrot could have been much put about by a small matrimonial breeze, seeing that his life was spent in riding on an iron monster with white-hot lungs and boiling bowels which carried him through space day and night at the rate of fifty miles an hour! This, by the way, brings us back to our text–earthquakes.

Gertie’s house–or Gertie’s father’s house, if you prefer it–stood close to the embankment of one of our great arterial railways–which of them, for reasons best known to ourself, we don’t intend to tell, but, for the reader’s comfort, we shall call it the Grand National Trunk Railway. So close did the house stand to the embankment that timid female passengers were known occasionally to scream as they approached it, under the impression that the train had left the rails and was about to dash into it–an impression which was enhanced and somewhat justified by the circumstance that the house stood with one of its corners; instead of its side, front, or back; towards the line; thereby inducing a sudden sensation of wrongness in the breasts of the twenty thousand passengers who swept past it daily. The extreme edge of its most protruding stone was exactly three yards four inches–by measurement– from the left rail of the down line.

Need we say more to account for the perpetual state of earthquakedom, in which that house was involved?

But the tremors and shocks to which it was exposed–by night and by day–was not all it had to bear. In certain directions of the wind it was intermittently enveloped in clouds of mingled soot and steam, and, being situated at a curve on the line where signalling became imminently needful, it was exposed to all the varied horrors of the whistle from the sharp screech of interrogation to the successive bursts of exasperation, or the prolonged and deadly yell of intimidation, with all the intermediate modulations–so that, what with the tremors, and shocks, and crashes, and shrieks, and thunderous roar of trains, Gertie’s father’s house maintained an upright front in circumstances that might have been equalled but could not have been surpassed by those of the Eddystone Lighthouse in the wildest of winter storms, while it excelled that celebrated building in this, that it faced a storm which knew no calm, but raged furiously all the year round.