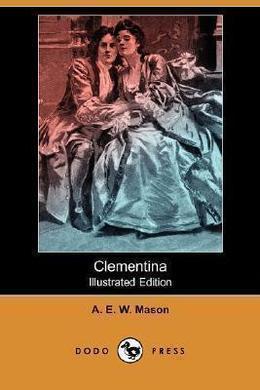 A fictionalized story of the rescue of Maria Clementina Sobieska from imprisonment so that she could wed James Francis Edward Stuart, also known as Prince James, Prince of Wales (also known as The Old Pretender or The Old Chevalier).

The landlord, the lady, and Mr. Charles Wogan were all three, it seemed, in luck’s way that September morning of the year 1719. Wogan was not surprised, his luck for the moment was altogether in, so that even when his horse stumbled and went lame at a desolate part of the road from Florence to Bologna, he had no doubt but that somehow fortune would serve him. His horse stepped gingerly on for a few yards, stopped, and looked round at his master. Wogan and his horse were on the best of terms. “Is it so bad as that?” said he, and dismounting he gently felt the strained leg. Then he took the bridle in his hand and walked forward, whistling as he walked.

Yet the place and the hour were most unlikely to give him succour. It was early morning, and he walked across an empty basin of the hills. The sun was not visible, though the upper air was golden and the green peaks of the hills rosy. The basin itself was filled with a broad uncoloured light, and lay naked to it and extraordinarily still. There were as yet no shadows; the road rose and dipped across low ridges of turf, a ribbon of dead and unillumined white; and the grass at any distance from the road had the darkness of peat. He led his horse forward for perhaps a mile, and then turning a corner by a knot of trees came unexpectedly upon a wayside inn. In front of the inn stood a travelling carriage with its team of horses. The backs of the horses smoked, and the candles of the lamps were still burning in the broad daylight. Mr. Wogan quickened his pace. He would beg a seat on the box to the next posting stage. Fortune had served him. As he came near he heard from the interior of the inn a woman’s voice, not unmusical so much as shrill with impatience, which perpetually ordered and protested. As he came nearer he heard a man’s voice obsequiously answering the protests, and as the sound of his footsteps rang in front of the inn both voices immediately stopped. The door was flung hastily open, and the landlord and the lady ran out onto the road.

“Sir,” said the lady in Italian, “I need a postillion.”

To Wogan’s thinking she needed much more than a postillion. She needed certainly a retinue of servants. He was not quite sure that she did not need a nurse, for she was a creature of an exquisite fragility, with the pouting face of a child, and the childishness was exaggerated by a great muslin bow she wore at her throat. Her pale hair, where it showed beneath her hood, was fine as silk and as glossy; her eyes had the colour of an Italian sky at noon, and her cheeks the delicate tinge of a carnation. The many laces and ribbons, knotted about her dress in a manner most mysterious to Wogan, added to her gossamer appearance; and, in a word, she seemed to him something too flowerlike for the world’s rough usage.

“I must have a postillion,” she continued.

“Presently, madam,” said the landlord, smiling with all a Tuscan peasant’s desire to please. “In a minute. In less than a minute.”

He looked complacently about him as though at any moment now a crop of postillions might be expected to flower by the roadside. The lady turned from him with a stamp of the foot and saw that Wogan was curiously regarding her carriage. A boy stood at the horses’ heads, but his dress and sleepy face showed that he had not been half an hour out of bed, and there was no one else. Wogan was wondering how in the world she had travelled as far as this inn. The lady explained.

“The postillion who drove me from Florence was drunk–oh, but drunk! He rolled off his horse just here, opposite the door. See, I beat him,” and she raised the beribboned handle of a toy-like cane. “But it was no use. I broke my cane over his back, but he would not get up. He crawled into the passage where he lies.”

Wogan had some ado not to smile. Neither the cane nor the hand which wielded it would be likely to interfere even with a sober man’s slumbers.

“And I must reach Bologna to-day,” she cried in an extreme agitation. “It is of the last importance.”

“Fortune is kind to us both, madam,” said Wogan, with a bow. “My horse is lamed, as you see. I will be your charioteer, for I too am in a desperate hurry to reach Bologna.”

Immediately the lady drew back.

“Oh!” she said with a start, looking at Wogan.

Wogan looked at her.

They eyed each other for a moment, each silently speculating what the other was doing alone at this hour and in such a haste to reach Bologna.