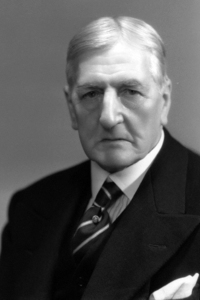 Alfred Edward Woodley Mason was a British author and politician. He authored more than 20 books, including At The Villa Rose, a mystery novel in which he introduced his French detective, Inspector Hanaud. His best-known book is The Four Feathers, which many consider to be his masterpiece, and which has been made into a number of films. Other works include The House of the Arrow, No Other Tiger, The Prisoner in the Opal and Fire Over England. He also contributed a short story, The Conjurer, to The Queen’s Book of the Red Cross. (source: Wikipedia)

In this thriller by A.E.W. Mason, Inspector Hanaud goes to the Villa Rose, where a wealthy widow has been cruelly murdered for her jewels. At the Villa ...read more »

A fictionalized story of the rescue of Maria Clementina Sobieska from imprisonment so that she could wed James Francis Edward Stuart, also known as Prin...read more »

The Affair at the Semiramis Hotel (1917)

The Broken Road, one of two books by the author set in British India. It is an exciting adventure story involving the Indian Army, Rajas and secret agen...read more »

Hanaud at his best he sets out to solve one of the cleverest cases in his typical diligent fashion. A mystery drawing heavily on Mason’s knowledge of an...read more »

Enter Bryan Devisher, over the side of the ketch in which Mordaunt was taking Mr. Julius Ricardo home to London on the summons of his old friend, Inspec...read more »

The House of the Arrow is a detective novel that has inspired movies in French in English, featuring the fictional French detective Inspector Hanaud. Wh...read more »

The scene is the south of France. An English lady has been murdered and a beautiful American girl has disappeared. Discovered is a body with a severed h...read more »

During the morning Captain Crowther stood beside his helmsman at the high wheel on the roof of the steamer. The Second Defile with its monstrous, high c...read more »

Captain Harry Luttrell is a soldier who is not happy where he’s currently stationed – in England, where he’s grown fat with boredom and fears that he wi...read more »