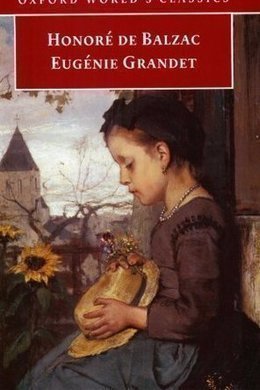 This is the question that fills the minds of the inhabitants of Saumur, the setting for Eugénie Grandet, one of the earliest and most famous novels in Balzac’s Comédie humaine. The Grandet household, oppressed by the exacting miserliness of Grandet himself, is jerked violently out of routine by the sudden arrival of Eugénie’s cousin Charles, recently orphaned and penniless. Eugénie’s emotional awakening, stimulated by her love for her cousin, brings her into direct conflict with her father, whose cunning and financial success are matched against her determination to rebel. Eugénie’s moving story is set against the backdrop of provincial oppression, the vicissitudes of the wine trade, and the workings of the financial system in the aftermath of the French Revolution. It is both a poignant portrayal of private life and a vigorous fictional document of its age.

There are houses in certain provincial towns whose aspect inspires melancholy, akin to that called forth by sombre cloisters, dreary moorlands, or the desolation of ruins. Within these houses there is, perhaps, the silence of the cloister, the barrenness of moors, the skeleton of ruins; life and movement are so stagnant there that a stranger might think them uninhabited, were it not that he encounters suddenly the pale, cold glance of a motionless person, whose half–monastic face peers beyond the window–casing at the sound of an unaccustomed step.

Such elements of sadness formed the physiognomy, as it were, of a dwelling–house in Saumur which stands at the end of the steep street leading to the chateau in the upper part of the town. This street—now little frequented, hot in summer, cold in winter, dark in certain sections—is remarkable for the resonance of its little pebbly pavement, always clean and dry, for the narrowness of its tortuous road–way, for the peaceful stillness of its houses, which belong to the Old town and are over–topped by the ramparts. Houses three centuries old are still solid, though built of wood, and their divers aspects add to the originality which commends this portion of Saumur to the attention of artists and antiquaries.

It is difficult to pass these houses without admiring the enormous oaken beams, their ends carved into fantastic figures, which crown with a black bas–relief the lower floor of most of them. In one place these transverse timbers are covered with slate and mark a bluish line along the frail wall of a dwelling covered by a roof en colombage which bends beneath the weight of years, and whose rotting shingles are twisted by the alternate action of sun and rain. In another place blackened, worn–out window–sills, with delicate sculptures now scarcely discernible, seem too weak to bear the brown clay pots from which springs the heart’s–ease or the rose–bush of some poor working–woman. Farther on are doors studded with enormous nails, where the genius of our forefathers has traced domestic hieroglyphics, of which the meaning is now lost forever. Here a Protestant attested his belief; there a Leaguer cursed Henry IV.; elsewhere some bourgeois has carved the insignia of his noblesse de cloches, symbols of his long–forgotten magisterial glory. The whole history of France is there.

Next to a tottering house with roughly plastered walls, where an artisan enshrines his tools, rises the mansion of a country gentleman, on the stone arch of which above the door vestiges of armorial bearings may still be seen, battered by the many revolutions that have shaken France since 1789. In this hilly street the ground–floors of the merchants are neither shops nor warehouses; lovers of the Middle Ages will here find the ouvrouere of our forefathers in all its naive simplicity. These low rooms, which have no shop–frontage, no show–windows, in fact no glass at all, are deep and dark and without interior or exterior decoration. Their doors open in two parts, each roughly iron–bound; the upper half is fastened back within the room, the lower half, fitted with a spring–bell, swings continually to and fro. Air and light reach the damp den within, either through the upper half of the door, or through an open space between the ceiling and a low front wall, breast–high, which is closed by solid shutters that are taken down every morning, put up every evening, and held in place by heavy iron bars.

This wall serves as a counter for the merchandise. No delusive display is there; only samples of the business, whatever it may chance to be,—such, for instance, as three or four tubs full of codfish and salt, a few bundles of sail–cloth, cordage, copper wire hanging from the joists above, iron hoops for casks ranged along the wall, or a few pieces of cloth upon the shelves. Enter. A neat girl, glowing with youth, wearing a white kerchief, her arms red and bare, drops her knitting and calls her father or her mother, one of whom comes forward and sells you what you want, phlegmatically, civilly, or arrogantly, according to his or her individual character, whether it be a matter of two sous’ or twenty thousand francs’ worth of merchandise. You may see a cooper, for instance, sitting in his doorway and twirling his thumbs as he talks with a neighbor. To all appearance he owns nothing more than a few miserable boat–ribs and two or three bundles of laths; but below in the port his teeming wood–yard supplies all the cooperage trade of Anjou. He knows to a plank how many casks are needed if the vintage is good. A hot season makes him rich, a rainy season ruins him; in a single morning puncheons worth eleven francs have been known to drop to six. In this country, as in Touraine, atmospheric vicissitudes control commercial life.