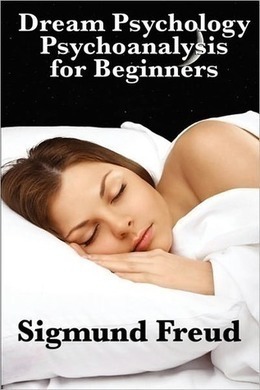 This classic work is essential reading for any serious student of psychology. Dr. Freud covers the hidden meanings within our dreams, especially repressed sexual desires, the purpose of our conscious and unconscious minds, and the importance of dreams to our wellbeing. Freud’s attitude toward dream study was that of a statistician who does not know, and has no means of foreseeing, what conclusions will be forced on him by the information he is gathering, but who is fully prepared to accept those unavoidable conclusions. This was indeed a novel way in psychology.

The medical profession is justly conservative. Human life should not be considered as the proper material for wild experiments.

Conservatism, however, is too often a welcome excuse for lazy minds, loath to adapt themselves to fast changing conditions.

Remember the scornful reception which first was accorded to Freud’s discoveries in the domain of the unconscious.

When after years of patient observations, he finally decided to appear before medical bodies to tell them modestly of some facts which always recurred in his dream and his patients’ dreams, he was first laughed at and then avoided as a crank.

The words “dream interpretation” were and still are indeed fraught with unpleasant, unscientific associations. They remind one of all sorts of childish, superstitious notions, which make up the thread and woof of dream books, read by none but the ignorant and the primitive.

The wealth of detail, the infinite care never to let anything pass unexplained, with which he presented to the public the result of his investigations, are impressing more and more serious-minded scientists, but the examination of his evidential data demands arduous work and presupposes an absolutely open mind.

This is why we still encounter men, totally unfamiliar with Freud’s writings, men who were not even interested enough in the subject to attempt an interpretation of their dreams or their patients’ dreams, deriding Freud’s theories and combatting them with the help of statements which he never made.

Some of them, like Professor Boris Sidis, reach at times conclusions which are strangely similar to Freud’s, but in their ignorance of psychoanalytic literature, they fail to credit Freud for observations antedating theirs.

Besides those who sneer at dream study, because they have never looked into the subject, there are those who do not dare to face the facts revealed by dream study. Dreams tell us many an unpleasant biological truth about ourselves and only very free minds can thrive on such a diet. Self-deception is a plant which withers fast in the pellucid atmosphere of dream investigation.

The weakling and the neurotic attached to his neurosis are not anxious to turn such a powerful searchlight upon the dark corners of their psychology.

Freud’s theories are anything but theoretical.

He was moved by the fact that there always seemed to be a close connection between his patients’ dreams and their mental abnormalities, to collect thousands of dreams and to compare them with the case histories in his possession.

He did not start out with a preconceived bias, hoping to find evidence which might support his views. He looked at facts a thousand times “until they began to tell him something.”

His attitude toward dream study was, in other words, that of a statistician who does not know, and has no means of foreseeing, what conclusions will be forced on him by the information he is gathering, but who is fully prepared to accept those unavoidable conclusions.

This was indeed a novel way in psychology. Psychologists had always been wont to build, in what Bleuler calls “autistic ways,” that is through methods in no wise supported by evidence, some attractive hypothesis, which sprung from their brain, like Minerva from Jove’s brain, fully armed.

After which, they would stretch upon that unyielding frame the hide of a reality which they had previously killed.

It is only to minds suffering from the same distortions, to minds also autistically inclined, that those empty, artificial structures appear acceptable molds for philosophic thinking.

The pragmatic view that “truth is what works” had not been as yet expressed when Freud published his revolutionary views on the psychology of dreams.

Five facts of first magnitude were made obvious to the world by his interpretation of dreams.

First of all, Freud pointed out a constant connection between some part of every dream and some detail of the dreamer’s life during the previous waking state. This positively establishes a relation between sleeping states and waking states and disposes of the widely prevalent view that dreams are purely nonsensical phenomena coming from nowhere and leading nowhere.

Secondly, Freud, after studying the dreamer’s life and modes of thought, after noting down all his mannerisms and the apparently insignificant details of his conduct which reveal his secret thoughts, came to the conclusion that there was in every dream the attempted or successful gratification of some wish, conscious or unconscious.

Thirdly, he proved that many of our dream visions are symbolical, which causes us to consider them as absurd and unintelligible; the universality of those symbols, however, makes them very transparent to the trained observer.

Fourthly, Freud showed that sexual desires play an enormous part in our unconscious, a part which puritanical hypocrisy has always tried to minimize, if not to ignore entirely.