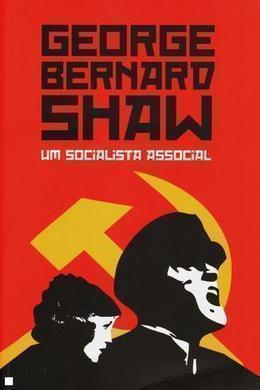 Sidney Trefusis is a proselytizing socialist. Armed with irony and paradox, he is determined to overthrow a society riddled with class and sexual exploitation. Henrietta, his adoring wife, ‘loves’ him: he must abandon her. Son of a millionaire, he gives up everything to pose as an ‘umble peasant’. But when this unsocial socialist goes to work as a gardener in the vicinity of a girls’ school he meets his match - for Agatha Wylie is a new kind of woman, perfectly armed: and she doesn’t love him. With the character of his clown-prophet Trefusis, George Bernard Shaw presented for the first time his view of what the relationship between the sexes should be. Galloping, exuberant, and irresistibly entertaining, AN UNSOCIAL SOCIALIST is a brilliant satire on social prejudice from a great author of the past.

In the dusk of an October evening, a sensible looking woman of forty came out through an oaken door to a broad landing on the first floor of an old English country-house. A braid of her hair had fallen forward as if she had been stooping over book or pen; and she stood for a moment to smooth it, and to gaze contemplatively–not in the least sentimentally–through the tall, narrow window. The sun was setting, but its glories were at the other side of the house; for this window looked eastward, where the landscape of sheepwalks and pasture land was sobering at the approach of darkness.

The lady, like one to whom silence and quiet were luxuries, lingered on the landing for some time. Then she turned towards another door, on which was inscribed, in white letters, Class Room No. 6. Arrested by a whispering above, she paused in the doorway, and looked up the stairs along a broad smooth handrail that swept round in an unbroken curve at each landing, forming an inclined plane from the top to the bottom of the house.

A young voice, apparently mimicking someone, now came from above, saying,

“We will take the Etudes de la Velocite next, if you please, ladies.”

Immediately a girl in a holland dress shot down through space; whirled round the curve with a fearless centrifugal toss of her ankle; and vanished into the darkness beneath. She was followed by a stately girl in green, intently holding her breath as she flew; and also by a large young woman in black, with her lower lip grasped between her teeth, and her fine brown eyes protruding with excitement. Her passage created a miniature tempest which disarranged anew the hair of the lady on the landing, who waited in breathless alarm until two light shocks and a thump announced that the aerial voyagers had landed safely in the hall.

“Oh law!” exclaimed the voice that had spoken before. “Here’s Susan.”

“It’s a mercy your neck ain’t broken,” replied some palpitating female. “I’ll tell of you this time, Miss Wylie; indeed I will. And you, too, Miss Carpenter: I wonder at you not to have more sense at your age and with your size! Miss Wilson can’t help hearing when you come down with a thump like that. You shake the whole house.”

“Oh bother!” said Miss Wylie. “The Lady Abbess takes good care to shut out all the noise we make. Let us–”

“Girls,” said the lady above, calling down quietly, but with ominous distinctness.

Silence and utter confusion ensued. Then came a reply, in a tone of honeyed sweetness, from Miss Wylie:

“Did you call us, DEAR Miss Wilson?”

There was some hesitation among them, each offering the other precedence. At last they went up slowly, in the order, though not at all in the manner, of their flying descent; followed Miss Wilson into the class-room; and stood in a row before her, illumined through three western windows with a glow of ruddy orange light. Miss Carpenter, the largest of the three, was red and confused. Her arms hung by her sides, her fingers twisting the folds of her dress. Miss Gertrude Lindsay, in pale sea-green, had a small head, delicate complexion, and pearly teeth. She stood erect, with an expression of cold distaste for reproof of any sort. The holland dress of the third offender had changed from yellow to white as she passed from the gray eastern twilight on the staircase into the warm western glow in the room. Her face had a bright olive tone, and seemed to have a golden mica in its composition. Her eyes and hair were hazel-nut color; and her teeth, the upper row of which she displayed freely, were like fine Portland stone, and sloped outward enough to have spoilt her mouth, had they not been supported by a rich under lip, and a finely curved, impudent chin. Her half cajoling, half mocking air, and her ready smile, were difficult to confront with severity; and Miss Wilson knew it; for she would not look at her even when attracted by a convulsive start and an angry side glance from Miss Lindsay, who had just been indented between the ribs by a finger tip.

“You are aware that you have broken the rules,” said Miss Wilson quietly.

“We didn’t intend to. We really did not,” said the girl in holland, coaxingly.

“Pray what was your intention then, Miss Wylie?”

Miss Wylie unexpectedly treated this as a smart repartee instead of a rebuke. She sent up a strange little scream, which exploded in a cascade of laughter.