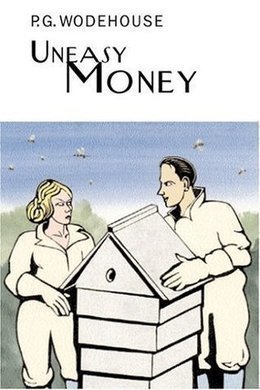 For William, Lord Dawlish, it seemed the realization of his dreams. He could marry the girl he loved. Of course, things are not quite so simple. The famous Wodehouse humour, which has no equal, sees to that, in a transatlantic cocktail of breathtaking ingenuity.

In a day in June, at the hour when London moves abroad in quest of lunch, a young man stood at the entrance of the Bandolero Restaurant looking earnestly up Shaftesbury Avenue–a large young man in excellent condition, with a pleasant, good-humoured, brown, clean-cut face. He paid no attention to the stream of humanity that flowed past him. His mouth was set and his eyes wore a serious, almost a wistful expression. He was frowning slightly. One would have said that here was a man with a secret sorrow.

William FitzWilliam Delamere Chalmers, Lord Dawlish, had no secret sorrow. All that he was thinking of at that moment was the best method of laying a golf ball dead in front of the Palace Theatre. It was his habit to pass the time in mental golf when Claire Fenwick was late in keeping her appointments with him. On one occasion she had kept him waiting so long that he had been able to do nine holes, starting at the Savoy Grill and finishing up near Hammersmith. His was a simple mind, able to amuse itself with simple things.

As he stood there, gazing into the middle distance, an individual of dishevelled aspect sidled up, a vagrant of almost the maximum seediness, from whose midriff there protruded a trayful of a strange welter of collar-studs, shoe-laces, rubber rings, buttonhooks, and dying roosters. For some minutes he had been eyeing his lordship appraisingly from the edge of the kerb, and now, secure in the fact that there seemed to be no policeman in the immediate vicinity, he anchored himself in front of him and observed that he had a wife and four children at home, all starving.

This sort of thing was always happening to Lord Dawlish. There was something about him, some atmosphere of unaffected kindliness, that invited it.

In these days when everything, from the shape of a man’s hat to his method of dealing with asparagus, is supposed to be an index to character, it is possible to form some estimate of Lord Dawlish from the fact that his vigil in front of the Bandolero had been expensive even before the advent of the Benedict with the studs and laces. In London, as in New York, there are spots where it is unsafe for a man of yielding disposition to stand still, and the corner of Shaftesbury Avenue and Piccadilly Circus is one of them. Scrubby, impecunious men drift to and fro there, waiting for the gods to provide something easy; and the prudent man, conscious of the possession of loose change, whizzes through the danger zone at his best speed, ‘like one that on a lonesome road doth walk in fear and dread, and having once turned round walks on, and turns no more his head, because he knows a frightful fiend doth close behind him tread.’ In the seven minutes he had been waiting two frightful fiends closed in on Lord Dawlish, requesting loans of five shillings till Wednesday week and Saturday week respectively, and he had parted with the money without a murmur.

A further clue to his character is supplied by the fact that both these needy persons seemed to know him intimately, and that each called him Bill. All Lord Dawlish’s friends called him Bill, and he had a catholic list of them, ranging from men whose names were in ‘Debrett’ to men whose names were on the notice boards of obscure clubs in connexion with the non-payment of dues. He was the sort of man one instinctively calls Bill.

The anti-race-suicide enthusiast with the rubber rings did not call Lord Dawlish Bill, but otherwise his manner was intimate. His lordship’s gaze being a little slow in returning from the middle distance–for it was not a matter to be decided carelessly and without thought, this problem of carrying the length of Shaftesbury Avenue with a single brassy shot–he repeated the gossip from the home. Lord Dawlish regarded him thoughtfully.

The other obliged with his remark for the third time, with increased pathos, for constant repetition was making him almost believe it himself.

‘I suppose you don’t get much time for golf then, what?’ said Lord Dawlish, sympathetically.

It was precisely three days, said the man, mournfully inflating a dying rooster, since his offspring had tasted bread.

This did not touch Lord Dawlish deeply. He was not very fond of bread. But it seemed to be troubling the poor fellow with the studs a great deal, so, realizing that tastes differ and that there is no accounting for them, he looked at him commiseratingly.

‘Of course, if they like bread, that makes it rather rotten, doesn’t it? What are you going to do about it?’

‘No,’ he said, with a slight shudder.

There was a pause. The situation had the appearance of being at a deadlock.