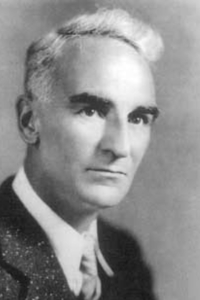 Eric Temple Bell (writing under the pseudonym, John Taine) was a Scottish-born mathematician and science fiction writer who lived in the United States for most of his life. During the early 1920s, Bell wrote several long poems, and several science fiction novels, which independently invented some of the earliest devices and ideas of science fiction. Only the novel The Purple Sapphire was published at the time, using the pseudonym John Taine; this was before Hugo Gernsback and the genre publication of science fiction. His novels were published later, both in book form and serialized in magazines. Basil Davenport, writing in The New York Times, described Taine as “one of the first real scientists to write science-fiction [who] did much to bring it out of the interplanetary cops-and-robbers stage.”

This is the story of Neils Bork, an alcoholic and failure raised to supernal heights of scientific genius and altruism by a scientific accident. And it ...read more »

Swain, one member of an African expedition, becomes demented and attempts to exterminate a peculiar species of African ape. The other members of the exp...read more »

Some time in the far past or distant future, on the scientifically advanced world of Eos (which just might be Earth), Cheryl demands the right to marry ...read more »