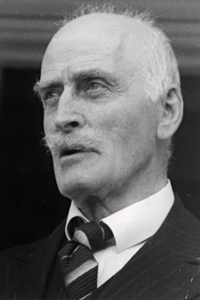 Knut Hamsun was a Norwegian author, who was awarded the Nobel Prize in Literature in 1920. Hamsun’s work spans more than 70 years and shows variation with regard to the subject, perspective and environment. He published more than 20 novels, a collection of poetry, some short stories and plays, a travelogue, and some essays. Hamsun is considered the leader of the Neo-Romantic revolt at the turn of the 20th century, with works such as Hunger, Mysteries, Pan, and Victoria. His later works—in particular his Nordland novels—were influenced by the Norwegian new realism, portraying everyday life in rural Norway and often employing local dialect, irony, and humour.

A must-read for fans of modernist literature, Hunger is a literary tour de force that was influenced equally by Dostoyevsky and Zola but made new by aut...read more »

A multi-layered psychological masterpiece of human perversity and pride in the face of love and sensual attraction. Romantically awkward hunter, fisherm...read more »