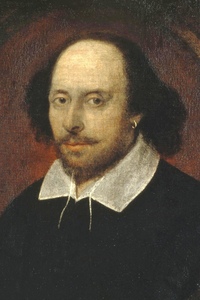 William Shakespeare was an English poet, playwright, and actor, widely regarded as the greatest writer in the English language and the world’s pre-eminent dramatist. He is often called England’s national poet and the “Bard of Avon”. His extant works, including some collaborations, consist of about 38 plays, 154 sonnets, two long narrative poems, and a few other verses, of which the authorship of some is uncertain. His plays have been translated into every major living language and are performed more often than those of any other playwright.

Shakespeare produced most of his known work between 1589 and 1613. His early plays were mainly comedies and histories and these works remain regarded as some of the best work produced in these genres. He then wrote mainly tragedies until about 1608, including Hamlet, Othello, King Lear, and Macbeth, considered some of the finest works in the English language. In his last phase, he wrote tragicomedies, also known as romances, and collaborated with other playwrights.

Helena, a ward of the Countess of Rousillion, falls in love with the Countess’s son, Bertram. Daughter of a famous doctor, and a skilled physician in he...read more »

Perhaps the most popular from all of Shakespeare’s comedies, humorously celebrates the vagaries of love. The approaching wedding festivities of Theseus,...read more »

When Rosalind is banished by her uncle, who has usurped her father’s throne, she flees to the Forest of Arden where her exiled father holds court. There...read more »

The King of Britain, enraged by his daughter’s disobedience in marrying against his wishes, banishes his new son-in-law. Having fled to Rome, the exiled...read more »

Hamlet is the story of the Prince of Denmark who learns of the death of his father at the hands of his uncle, Claudius. Claudius murders Hamlet’s father...read more »

Shakespeare’s drama tells the story of a young man who can only come into his own upon his father’s death and the father who longs for immortality. Usin...read more »

Henry V is the most famous and influential of Shakespeare’s history plays. Its powerful patriotic rhetoric has resounded down the ages, gaining eloquent...read more »

Desperate for a son and heir, King Henry VIII risks both his realm and his immortal soul when he divorces Katherine of Aragon in favour of Anne “Bullen....read more »

England is forced into war when the French challenge the legitimacy of Johns claim to the throne and are determined to install his nephew Arthur in his ...read more »

King Lear, one of Shakespeare’s darkest and most savage plays, tells the story of the foolish and Job-like Lear, who divides his kingdom, as he does his...read more »

Love’s Labour’s Lost is one of William Shakespeare’s early comedies, believed to have been written in the mid-1590s for a performance at the Inns of Cou...read more »

One of the great Shakespearean tragedies, Macbeth is a dark and bloody drama of ambition, murder, guilt, and revenge. Prompted by the prophecies of thre...read more »

In the Duke’s absence from Vienna, his strict deputy Angelo revives an ancient law forbidding sex outside marriage. The young Claudio, whose fiancée is ...read more »

The action is set in Sicily, where Don Pedro, Prince of Aragon, has recently defeated his half-brother, the bastard Don John, in a military engagement. ...read more »

Shakespeare creates a powerful drama of a marriage that begins with fascination (between the exotic Moor Othello and the Venetian lady Desdemona), with ...read more »

Richard II is one of Shakespeare’s finest works: lucid, eloquent, and boldly structured. It can be seen as a tragedy, or a historical play, or a politic...read more »

An account of the brutal and bloody rise of King Richard III to the throne, Shakespeare’s play depicts the short-lived monarch’s ruthless campaign for p...read more »

A tragedy written early in the career of playwright William Shakespeare about two young ‘star-crossed lovers’ whose deaths ultimately unite their feudin...read more »

Hilarious fun, this early comedy is filled with the merry violence of slapstick and farce. When two sets of twins, separated and apparently lost to each...read more »

The Merchant of Venice is one of Shakespeare’s most popular comedies, but it remains deeply controversial. The text may seem anti-Semitic; yet repeatedl...read more »

Shakespeare’s only thoroughly English comedy, created an archetypal literary figure in the shape of the devious, irrepressible John Falstaff. This editi...read more »

Renowned as Shakespeare’s most boisterous comedy, The Taming of the Shrew is the tale of two young men, the hopeful Lucentio and the worldly Petruchio, ...read more »

Prospero, sorcerer and rightful Duke of Milan, along with his daughter Miranda, has lived on an island for many years since his position was usurped by ...read more »

In this striking tragedy of political conflict, Shakespeare turns to the ancient Roman world and to the famous assassination of Julius Caesar by his rep...read more »

One of Shakespeare’s later plays, best described as a tragic-comedy, the play falls into two distinct parts. In the first Leontes is thrown into a jealo...read more »

A wealthy citizen of ancient Greece, Timon delights in entertaining his friends and lavishing them with extravagant gifts. His largesse ultimately excee...read more »

An embittered Roman General returns from war, having captured the Queen of the Goths and her three sons. Sacrificing the eldest, in memory of his own so...read more »

It is the seventh year of the Trojan War. The Greek army is camped outside Troy and Achilles - their military hero - refuses to fight. Inside the city T...read more »

Set in a topsy-turvy world like a holiday revel, this comedy devises a romantic plot around separated twins, misplaced passions, and mistaken identity. ...read more »

Two friends, Valentino and Proteus, move temporarily from Verona to Milan for their studies and their development towards adulthood. Valentino has barel...read more »