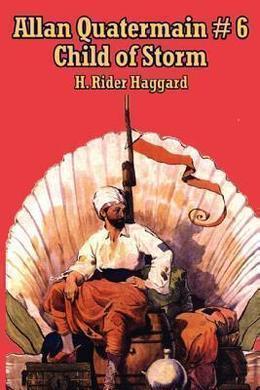 Allan Quatermain, continues to indulge his penchant for globe-trotting adventure in a tumultuous journey across Africa. Upon his arrival, he discovers that one of his closest friends has fallen head over heels in love with one of the most beautiful – and dangerous – women in the world, and he will stop at nothing to win this accused witch’s affection. Will Quatermain be able to intervene before it’s too late – or will he succumb to the vixen’s charms, as well?

We white people think that we know everything. For instance, we think that we understand human nature. And so we do, as human nature appears to us, with all its trappings and accessories seen dimly through the glass of our conventions, leaving out those aspects of it which we have forgotten or do not think it polite to mention. But I, Allan Quatermain, reflecting upon these matters in my ignorant and uneducated fashion, have always held that no one really understands human nature who has not studied it in the rough. Well, that is the aspect of it with which I have been best acquainted.

For most of the years of my life I have handled the raw material, the virgin ore, not the finished ornament that is smelted out of it–if, indeed, it is finished yet, which I greatly doubt. I dare say that a time may come when the perfected generations–if Civilisation, as we understand it, really has a future and any such should be allowed to enjoy their hour on the World–will look back to us as crude, half-developed creatures whose only merit was that we handed on the flame of life.

Maybe, maybe, for everything goes by comparison; and at one end of the ladder is the ape-man, and at the other, as we hope, the angel. No, not the angel; he belongs to a different sphere, but that last expression of humanity upon which I will not speculate. While man is man–that is, before he suffers the magical death-change into spirit, if such should be his destiny–well, he will remain man. I mean that the same passions will sway him; he will aim at the same ambitions; he will know the same joys and be oppressed by the same fears, whether he lives in a Kafir hut or in a golden palace; whether he walks upon his two feet or, as for aught I know he may do one day, flies through the air. This is certain: that in the flesh he can never escape from our atmosphere, and while he breathes it, in the main with some variations prescribed by climate, local law and religion, he will do much as his forefathers did for countless ages.

That is why I have always found the savage so interesting, for in him, nakedly and forcibly expressed, we see those eternal principles which direct our human destiny.

To descend from these generalities, that is why also I, who hate writing, have thought it worth while, at the cost of some labour to myself, to occupy my leisure in what to me is a strange land–for although I was born in England, it is not my country–in setting down various experiences of my life that do, in my opinion, interpret this our universal nature. I dare say that no one will ever read them; still, perhaps they are worthy of record, and who knows? In days to come they may fall into the hands of others and prove of value. At any rate, they are true stories of interesting peoples, who, if they should survive in the savage competition of the nations, probably are doomed to undergo great changes. Therefore I tell of them before they began to change.

Now, although I take it out of its strict chronological order, the first of these histories that I wish to preserve is in the main that of an extremely beautiful woman–with the exception of a certain Nada, called “the Lily,” of whom I hope to speak some day, I think the most beautiful that ever lived among the Zulus. Also she was, I think, the most able, the most wicked, and the most ambitious. Her attractive name–for it was very attractive as the Zulus said it, especially those of them who were in love with her–was Mameena, daughter of Umbezi. Her other name was Child of Storm (Ingane-ye-Sipepo, or, more freely and shortly, O-we-Zulu), but the word “Ma-mee-na” had its origin in the sound of the wind that wailed about the hut when she was born.