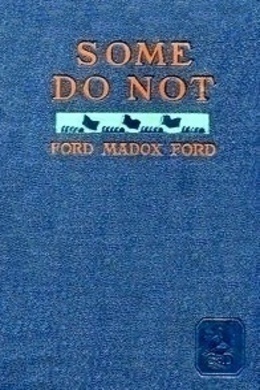 With his acclaimed masterpiece Parade’s End, Ford Madox Ford set himself a work of immense scale and ambition: “I wanted the Novelist in fact to appear in his really proud position as historian of his own time… The ‘subject’ was the world as it culminated in the war.” Published in four parts between 1924 and 1928, his extraordinary novel centers on Christopher Tietjens, an officer and a gentleman – “the last English Tory”–and follows him from the secure, orderly world of Edwardian England into the chaotic madness of the First World War. Against the backdrop of a world at war, Ford recounts the complex sexual warfare between Tietjens and his faithless wife, Sylvia. A work of truly amazing subtlety and profundity, Parade’s End affirms Graham Greene’s prediction: “There is no novelist of this century more likely to live than Ford Madox Ford.”

The two young men–they were of the English public official class–sat in the perfectly appointed railway carriage. The leather straps to the windows were of virgin newness; the mirrors beneath the new luggage racks immaculate as if they had reflected very little; the bulging upholstery in its luxuriant, regulated curves was scarlet and yellow in an intricate, minute dragon pattern, the design of a geometrician in Cologne. The compartment smelt faintly, hygienically of admirable varnish; the train ran as smoothly–Tietjens remembered thinking–as British gilt-edged securities. It travelled fast; yet had it swayed or jolted over the rail joints, except at the curve before Tonbridge or over the points at Ashford where these eccentricities are expected and allowed for, Macmaster, Tietjens felt certain, would have written to the company. Perhaps he would even have written to The Times.

Their class administered the world, not merely the newly created Imperial Department of Statistics under Sir Reginald Ingleby. If they saw policemen misbehave, railway porters lack civility, an insufficiency of street lamps, defects in public services or in foreign countries, they saw to it, either with nonchalant Balliol voices or with letters to The Times, asking in regretful indignation: ‘Has the British This or That come to this?’ Or they wrote, in the serious reviews of which so many still survived, articles taking under their care, manners, the Arts, diplomacy, inter-Imperial trade, or the personal reputations of deceased statesmen and men of letters.

Macmaster, that is to say, would do all that: of himself Tietjens was not so certain. There sat Macmaster; smallish; Whig; with a trimmed, pointed black beard, such as a smallish man might wear to enhance his already germinated distinction; black hair of a stubborn fibre, drilled down with hard metal brushes; a sharp nose; strong, level teeth; a white, butterfly collar of the smoothness of porcelain; a tie confined by a gold ring, steel-blue speckled with black–to match his eyes, as Tietjens knew.

Tietjens, on the other hand, could not remember what coloured tie he had on. He had taken a cab from the office to their rooms, had got himself into a loose, tailored coat and trousers, and a soft shirt, had packed, quickly, but still methodically, a great number of things in an immense two-handled kit-bag, which you could throw into a guard’s van if need be. He disliked letting that ‘man’ touch his things; he had disliked letting his wife’s maid pack for him. He even disliked letting porters carry his kit-bag. He was a Tory–and as he disliked changing his clothes, there he sat, on the journey, already in large, brown, hugely welted and nailed golf boots, leaning forward on the edge of the cushion, his legs apart, on each knee an immense white hand–and thinking vaguely.

Macmaster, on the other hand, was leaning back, reading some small, unbound printed sheets, rather stiff, frowning a little. Tietjens knew that this was, for Macmaster, an impressive moment. He was correcting the proofs of his first book.

To this affair, as Tietjens knew, there attached themselves many fine shades. If, for instance, you had asked Macmaster whether he were a writer, he would have replied with the merest suggestion of a deprecatory shrug.

‘No, dear lady!’ for of course no man would ask the question of anyone so obviously a man of the world. And he would continue with a smile: ‘Nothing so fine! A mere trifle at odd moments. A critic, perhaps. Yes! A little of critic.’

Nevertheless Macmaster moved in drawing rooms that, with long curtains, blue china plates, large-patterned wallpapers and large, quiet mirrors, sheltered the long-haired of the Arts. And, as near as possible to the dear ladies who gave the At Homes, Macmaster could keep up the talk–a little magisterially. He liked to be listened to with respect when he spoke of Botticelli, Rossetti, and those early Italian artists whom he called ‘The Primitives.’ Tietjens had seen him there. And he didn’t disapprove.

For, if they weren’t, these gatherings, Society, they formed a stage on the long and careful road to a career in a first-class Government office. And, utterly careless as Tietjens imagined himself of careers or offices, he was, if sardonically, quite sympathetic towards his friend’s ambitiousnesses. It was an odd friendship, but the oddnesses of friendships are a frequent guarantee of their lasting texture.