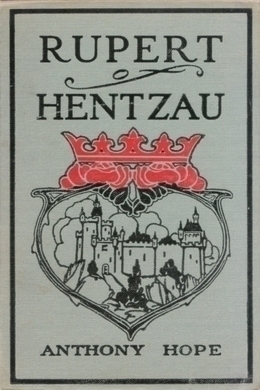 From The Memoirs of Fritz Von Tarlenheim

Rupert of Hentzau is the dark sequel to The Prisoner of Zenda. Full of humor and swashbuckling feats of heroism, the tale is also a satire on the politics of 19th-century Europe. When honour is at stake, the fight is to the death. Rudolf Rassendyll, having heroically saved the kingdom of Ruritania and nobly given up the hand of the beautiful Princess Flavia, has returned to his normal life in England. But when, three years later, Flavia, now the unhappily married Queen of Ruritania, sends him a love letter, it is stolen by the exiled villain Rupert Hentzau. Rudolf’s former adversary has been waiting for the chance to have his revenge, and this provides the perfect opportunity to stir up trouble. Rudolf must return to the troubled kingdom to defeat Hentzau, where he is embroiled once more in a world of deception, intrigue, deadly swordfights and torn loyalties. with the stakes higher than ever, will he pay the ultimate price?

A man who has lived in the world, marking how every act, although in itself perhaps light and insignificant, may become the source of consequences that spread far and wide, and flow for years or centuries, could scarcely feel secure in reckoning that with the death of the Duke of Strelsau and the restoration of King Rudolf to liberty and his throne, there would end, for good and all, the troubles born of Black Michael’s daring conspiracy. The stakes had been high, the struggle keen; the edge of passion had been sharpened, and the seeds of enmity sown. Yet Michael, having struck for the crown, had paid for the blow with his life: should there not then be an end? Michael was dead, the Princess her cousin’s wife, the story in safe keeping, and Mr. Rassendyll’s face seen no more in Ruritania. Should there not then be an end? So said I to my friend the Constable of Zenda, as we talked by the bedside of Marshal Strakencz. The old man, already nearing the death that soon after robbed us of his aid and counsel, bowed his head in assent: in the aged and ailing the love of peace breeds hope of it. But Colonel Sapt tugged at his gray moustache, and twisted his black cigar in his mouth, saying, “You’re very sanguine, friend Fritz. But is Rupert of Hentzau dead? I had not heard it.”

Well said, and like old Sapt! Yet the man is little without the opportunity, and Rupert by himself could hardly have troubled our repose. Hampered by his own guilt, he dared not set his foot in the kingdom from which by rare good luck he had escaped, but wandered to and fro over Europe, making a living by his wits, and, as some said, adding to his resources by gallantries for which he did not refuse substantial recompense. But he kept himself constantly before our eyes, and never ceased to contrive how he might gain permission to return and enjoy the estates to which his uncle’s death had entitled him. The chief agent through whom he had the effrontery to approach the king was his relative, the Count of Luzau-Rischenheim, a young man of high rank and great wealth who was devoted to Rupert. The count fulfilled his mission well: acknowledging Rupert’s heavy offences, he put forward in his behalf the pleas of youth and of the predominant influence which Duke Michael had exercised over his adherent, and promised, in words so significant as to betray Rupert’s own dictation, a future fidelity no less discreet than hearty. “Give me my price and I’ll hold my tongue,” seemed to come in Rupert’s off-hand accents through his cousin’s deferential lips. As may be supposed, however, the king and those who advised him in the matter, knowing too well the manner of man the Count of Hentzau was, were not inclined to give ear to his ambassador’s prayer. We kept firm hold on Master Rupert’s revenues, and as good watch as we could on his movements; for we were most firmly determined that he should never return to Ruritania. Perhaps we might have obtained his extradition and hanged him on the score of his crimes; but in these days every rogue who deserves no better than to be strung up to the nearest tree must have what they call a fair trial; and we feared that, if Rupert were handed over to our police and arraigned before the courts at Strelsau, the secret which we guarded so sedulously would become the gossip of all the city, ay, and of all Europe. So Rupert went unpunished except by banishment and the impounding of his rents.