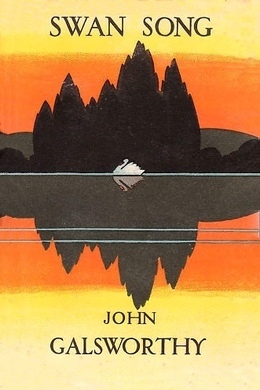 After years living in America with his mother, Jon Forsyte is excited to be home and eager to show off his roots to his new bride. When Fleur Forsyte, now Fleur Mont—Jon’s first love—hears of his arrival, she doesn’t know what to feel. She is now married too, and while Jon and Fleur try to interact as friends, their strong feelings for one another are not easily contained. When their passion is rekindled, no one can halt the devastating events that follow.

In modern Society, one thing after another, this spice on that, ensures a kind of memoristic vacuum, and Fleur Mont’s passage of arms with Marjorie Ferrar was, by the spring of 1926, well-nigh forgotten. Moreover, she gave Society’s memory no encouragement, for, after her tour round the world, she was interested in the Empire–a bent so out of fashion as to have all the flavour and excitement of novelty with a sort of impersonality guaranteed.

Colonials, Americans, and Indian students, people whom nobody could suspect of being lions, now encountered each other in the ‘bimetallic parlour,’ and were found by Fleur ‘very interesting,’ especially the Indian students, so supple and enigmatic, that she could never tell whether she were ‘using’ them or they were ‘using’ her.

Perceiving the extraordinarily uphill nature of Foggartism, she had been looking for a second string to Michael’s Parliamentary bow, and, with her knowledge of India, where she had spent six weeks of her tour, she believed that she had found it in the idea of free entrance for the Indians into Kenya. In her talks with these Indian students, she learned that it was impossible to walk in a direction unless you knew what it was. These young men might be complicated and unpractical, meditative and secret, but at least they appeared to be convinced that the molecules in an organism mattered less than the organism itself–that they, in fact, mattered less than India. Fleur, it seemed, had encountered faith– a new and “intriguing” experience. She mentioned the fact to Michael.

“It’s all very well,” he answered, “but our Indian friends didn’t live for four years in the trenches, or the fear thereof, for the sake of their faith. If they had, they couldn’t possibly have the feeling that it matters as much as they think it does. They might want to, but their feelers would be blunted. That’s what the war really did to all of us in Europe who were in the war.”

“Well, my dear, the prophets abuse us for being at loose ends, but can you have faith in a life force so darned extravagant that it makes mince-meat of you by the million? Take it from me, Victorian times fostered a lot of very cheap and easy faith, and our Indian friends are in the same case–their India has lain doggo since the Mutiny, and that was only a surface upheaval. So you needn’t take ‘em too seriously.”

“I don’t; but I like the way they believe they’re serving India.”

And at his smile she frowned, seeing that he thought she was only increasing her collection.

Her father-in-law, who had really made some study of orientalism, lifted his eyebrow over these new acquaintances.

“My oldest friend,” he said, on the first of May, “is a judge in India. He’s been there forty years. When he’d been there two, he wrote to me that he was beginning to know something about the Indians. When he’d been there ten, he wrote that he knew all about them. I had a letter from him yesterday, and he says that after forty years he knows nothing about them. And they know as little about us. East and West–the circulation of the blood is different.”

“Hasn’t forty years altered the circulation of your friend’s blood?”

“Not a jot,” replied Sir Lawrence. “It takes forty generations. Give me another cup of your nice Turkish coffee, my dear. What does Michael say about the general strike?”

“That the Government won’t budge unless the T. U. C. withdraw the notice unreservedly.”

“Exactly! And but for the circulation of English blood there’d be ‘a pretty mess,’ as old Forsyte would say.”

“Michael’s sympathies are with the miners.”

“So are mine, young lady. Excellent fellow, the miner–but unfortunately cursed with leaders. The mine-owners are in the same case. Those precious leaders are going to grind the country’s nose before they’ve done. Inconvenient product–coal; it’s blackened our faces, and now it’s going to black our eyes. Not a merry old soul! Well, good-bye! My love to Kit, and tell Michael to keep his head.”