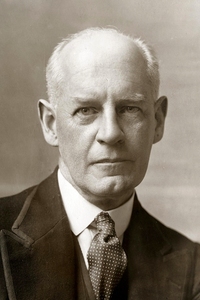 John Galsworthy was an English novelist and playwright. Notable works include The Forsyte Saga and its sequels, A Modern Comedy and End of the Chapter. Through his writings he campaigned for a variety of causes, including prison reform, women’s rights, animal welfare, and the opposition of censorship. He won the Nobel Prize in Literature in 1932.

Dinny Cherrell has been proposed to numerous times. But no one has ever come close to touching her independent spirit. That is, until she encounters Wil...read more »

Separated from his wife Irene for some years now, Soames Forsyte has resigned himself to the fact that she’s never coming back. But as he grows older an...read more »

This sweeping family saga now moves to the lives and loves of the Cherrells in the early 30s, cousins by marriage to the Forsytes. An old English family...read more »

On Forsyte ‘Change deals in the main with the older Forsytes before the events chronicled in The Man of Property. Galsworthy states in a Foreword that “...read more »

The institution of marriage, that gives to a man all the rights over a woman, is a theme once again visited by Galsworthy. Clare Charwell has just fled ...read more »

After years living in America with his mother, Jon Forsyte is excited to be home and eager to show off his roots to his new bride. When Fleur Forsyte, n...read more »

The most prized item in Soames Forsyte’s collection of beautiful things is his wife, the enigmatic Irene. But when she falls in love with Bosinney, a pe...read more »

Fleur and Michael Mont entertain the glittering society characters of the day in their new, elegant, and fashionable house. As always, Fleur’s father—So...read more »

Following her marriage to Michael Mont, Fleur Forsyte throws herself into the Roaring 20s with the rest of London and takes life as it comes. But her ma...read more »

To Let, the final volume of the Forsyte Trilogy, chronicles the continuing feuds of the two factions within the troubled Forsyte family. The shadow of t...read more »