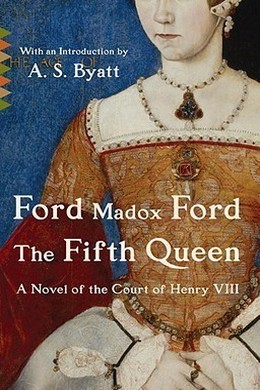 And How She Came to Court

Kat Howard–intelligent, beautiful, naively outspoken, and passionately idealistic–catches the eye of Henry VIII and improbably becomes his fifth wife. A teenager who has grown up far from court, she is wholly unused to the corruption and intrigue that now surround her. It is a time of great upheaval, as unscrupulous courtiers maneuver for power while religious fanatics–both Protestant and Catholic–fight bitterly for their competing beliefs. Soon Katharine is drawn into a perilous showdown with Thomas Cromwell, the much-feared Lord Privy Seal, as her growing influence over the King begins to threaten too many powerful interests.

Magister Nicholas Udal, the Lady Mary’s pedagogue, was very hungry and very cold. He stood undecided in the mud of a lane in the Austin Friars. The quickset hedges on either side were only waist high and did not shelter him. The little houses all round him of white daub with grey corner beams had been part of the old friars’ stables and offices. All that neighbourhood was a maze of dwellings and gardens, with the hedges dry, the orchard trees bare with frost, the arbours wintry and deserted. This congregation of small cottages was like a patch of common that squatters had taken; the great house of the Lord Privy Seal, who had pulled down the monastery to make room for it, was a central mass. Its gilded vanes were in the shape of men at arms, and tore the ragged clouds with the banners on their lances. Nicholas Udal looked at the roof and cursed the porter of it.

‘He could have given me a cup of hypocras,’ he said, and muttered, as a man to whom Latin is more familiar than the vulgar tongue, a hexameter about ‘pocula plena.’

He had reached London before nine in one of the King’s barges that came from Greenwich to take musicians back that night at four. He had breakfasted with the Lady Mary’s women at six off warm small beer and fresh meat, but it was eleven already, and he had spent all his money upon good letters.

He muttered: ‘Pauper sum, pateor, fateor, quod Di dant fero,’ but it did not warm him.

The magister had been put in the Lady Mary’s household by the Lord Privy Seal, and he had a piece of news as to the Lady’s means of treasonable correspondence with the Emperor her uncle. He had imagined that the news—which would hurt no one because it was imaginary—might be worth some crowns to him. But the Lord Privy Seal and all his secretaries had gone to Greenwich before it was light, and there was nothing there for the magister.

‘You might have known as much, a learned man,’ the porter had snarled at him. ‘Isn’t the new Queen at Rochester? Would our lord bide here? Didn’t your magistership pass his barge on the river?’

‘Nay, it was still dark,’ the magister answered. The porter sniffed and slammed to the grating in the wicket. Being of the Old Faith he hated those Lutherans—or those men of the New Learning—that it pleased his master to employ.

Udal hesitated before the closed door; he hesitated in the lane beyond the corner of the house. Perhaps there would be no barges at the steps—no King’s barges. The men of the Earl Marshal’s service, being Papists, would pelt him with mud if he asked for a passage; even the Protestant lords’ men would jeer at him if he had no pence for them—and he had none. He would do best to wait for the musicians’ barge at four.

Then he must eat and shelter—and find a wench. He stood in the mud: long, thin, brown in his doctor’s gown of fur, with his black flapped cap that buttoned well under his chin and let out his brown, lean, shaven and humorous face like a woodpecker’s peering out of a hole in a tree.

The volumes beneath his arms were heavy: they poked out his gown on each side, and the bitter cold pinched his finger ends as if they had been caught in a door. The weight of the books pleased him for there was much good letters there—a book of Tully’s epistles for himself and two volumes of Plautus’ comedies for the Lady Mary. But what among his day’s purchases pleased him most was a medallion in silver he had bought in Cheapside. It showed on the one side Cupid in his sleep and on the other Venus fondling a peacock. It was a heart-compelling gift to any wench or lady of degree.

He puckered up his deprecatory and comical lips as he imagined that that medal would purchase him the right to sigh dolorously in front of whatever stomacher it finally adorned. He could pour out odes in the learned tongue, for the space of a week, a day, or an afternoon according to the rank, the kindness or the patience of the recipient.

Something invisible and harsh touched his cheek. It might have been snow or hail. He turned his thin cunning face to the clouds, and they threatened a downpour. They raced along, like scarves of vapour, so low that you might have thought of touching them if you stood on tiptoe.

If he went to Westminster Hall to find Judge Combers, he would get his belly well filled, but his back wet to the bone. At the corner of the next hedge was the wicket gate of old Master Grocer Badge. There the magister would find at least a piece of bread, some salt and warmed mead. Judge Combers’ wife was easy and bounteous: but old John Badge’s daughter was a fair and dainty morsel.