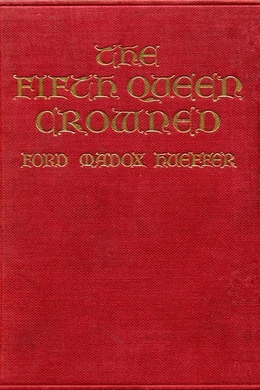 This masterful performance of historical fiction centers on Katharine Howard–clever, beautiful, and outspoken–who catches the jaded eye of Henry VIII and becomes his fifth Queen. Corruption and fear pervade the King’s court, and the dimly lit corridors vibrate with the intrigues of unscrupulous courtiers hungry for power. Soon Katharine is locked in a vicious battle with Thomas Cromwell, the Lord Privy Seal, as she fights for political and religious change.

Thomas Cranmer began a hesitating speech. In the pause after the words the King himself hesitated, as if he poised between a heavy rage and a sardonic humour. He deemed, however, that the humour could the more terrify the Archbishop—and, indeed, he was so much upon the joyous side in those summer days that he had forgotten how to browbeat.

‘Our holy father,’ he corrected the Archbishop. ‘Or I will say my holy father, since thou art a heretic——’

Cranmer’s eyes had always the expression of a man’s who looked at approaching calamity, but at the King’s words his whole face, his closed lips, his brows, the lines from his round nose, all drooped suddenly downwards.

The downward lines fixed themselves, and from amongst them the panic-stricken eyes made a dumb appeal to the griffins and crowns of his dark green hangings, for they were afraid to turn to the King. Henry retained his heavy look of jocularity: he jumped at a weighty gibe—

‘My Grace will have thy Grace write a letter to his Holiness.’

He dropped into a heavy impassivity, rolled his eyes, fluttered his swollen fingers on the red and gilded table, and then said clearly, ‘My. Thy. His.’

When he was in that mood he spoke with a singular distinctness that came up from his husky and ordinary joviality like something dire and terrible—like that something that upon a clear smooth day will suggest to you suddenly the cruelty that lies always hidden in the limpid sea.

‘To Cæsar—egomet, I mineself—that which is Cæsar’s: to him—that is to say to his Holiness, our lord of Rome—the things which are of God! But to thee, Archbishop, I know not what belongs.’

He paused and then struck his hand upon the table: ‘Cold porridge is thy portion! Cold porridge!’ he laughed; ‘for they say: Cold porridge to the devil! And, since thou art neither God’s nor the King’s, what may I call thee but the devil’s self’s man?’

A heavy and minatory silence seemed to descend upon him; the Archbishop’s thin hands opened suddenly as if he were letting something fall to the ground. The King scowled heavily, but rather as if he were remembering past heavinesses than for any present griefs.

It was as if he thought he could take his time, for his heavily pursed eyes looked down at the square tips of his fingers where they drummed on the table. He was such a weighty man that the old chair in which he sat creaked at the movement of his limbs. It was his affectation of courtesy that he would not sit in the Archbishop’s own new gilded and great chair that had been brought from Lambeth on a mule’s back along with the hangings. But the other furnishings of that Castle of Pontefract were as old as the days of Edward IV—even the scarlet wood of the table had upon it the arms of Edward IV’s Queen Elizabeth, side by side with that King’s. Henry noted it and said—

‘It is time these arms were changed. See that you have here fairly painted the arms of my Queen and me—Howard and Tudor—in token that we have passed this way and sojourned in this Castle of Pontefract.’

He was dallying with time as if it were a luxury to dally: he looked curiously round the room.

‘Why, they have not housed you very well,’ he said, and, as the Archbishop shivered suddenly, he added, ‘there should be glass in the windows. This is a foul old kennel.’

‘I have made a complaint to the Earl Marshal,’ Cranmer said dismally, ‘but ‘a said there was overmuch room needed above ground.’

This room was indeed below ground and very old, strong, and damp. The Archbishop’s own hangings covered the walls, but the windows shot upwards through the stones to the light; there was upon the ground of stone not a carpet but only rushes; being early in the year, no provision was made for firing, and the soot of the chimney back was damp, and sparkled with the track of a snail that had lived there undisturbed for many years, and neither increasing, because it had no mate, nor dying, because it was well fed by the ferns that, behind the present hangings, grew in the joints of the stones. In that low-ceiled and dark place the Archbishop was aware that above his head were fair and sunlit rooms, newly painted and hung, with the bosses on the ceilings fresh silvered or gilt, all these fair places having been given over to kinsmen of the yellow Earl Marshal from the Norfolk Queen downwards. And the temporal and material neglect angered him and filled him with a querulous bitterness that gnawed up even through his dread of a future—still shadowy—fall and ruin.