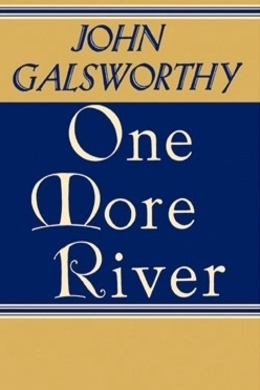 End of the Chapter: Volume 3

The institution of marriage, that gives to a man all the rights over a woman, is a theme once again visited by Galsworthy. Clare Charwell has just fled her sadistic husband to England. Along the way she met the charming Tony Croom, but when she refuses to return to her husband he falsely accuses her of adultery in a highly public court trial, and still the woman has no other choice but to plead guilty in conjugal infidelity. The dirt of divorce, to which any self-respecting woman must hide, yet Clare prefers to rebel openly against her husband, find a job and settle herself in life. This is a new woman; vibrant, lively and active.

Clare, who for seventeen months had been the wife of Sir Gerald Corven of the Colonial Service, stood on the boat deck of an Orient liner in the River Thames, waiting for it to dock. It was ten o’clock of a mild day in October, but she wore a thick tweed coat, for the voyage had been hot. She looked pale–indeed, a little sallow–but her clear brown eyes were fixed eagerly on the land and her slightly touched-up lips were parted, so that her face had the vividness to which it was accustomed. She stood alone, until a voice said:

“Oh! here you are!” and a young man, appearing from behind a boat, stood beside her. Without turning, she said:

“Absolutely perfect day! It ought to be lovely at home.”

“I thought you’d be staying in Town for a night at least; and we could have had a dinner and theatre. Won’t you?”

He gave her a long look, and said suddenly:

“Clare, you realise, of course, that I love you?”

“I wish–I wish you could catch fire for a moment.”

“I am a respectable married woman, Tony.”

“Coming back to England because–”

“Of the climate of Ceylon.”

He kicked at the rail. “Just as it’s getting perfect. I’ve not said anything, but I know that your–that Corven–”

Clare lifted her eyebrows, and he was silent; then both looked at the shore, becoming momentarily more and more a consideration.

When two young people have been nearly three weeks together on board a ship, they do not know each other half so well as they think they do. In the abiding inanity of a life when everything has stopped except the engines, the water slipping along the ship’s sides, and the curving of the sun in the sky, their daily chair-to- chair intimacy gathers a queer momentum and a sort of lazy warmth. They know that they are getting talked about, and do not care. After all, they cannot get off the ship, and there is nothing else to do. They dance together, and the sway of the ship, however slight, favours the closeness of their contacts. After ten days or so they settle down to a life together, more continuous than that of marriage, except that they still spend their nights apart. And then, all of a sudden, the ship stops, and they stop, and there is a feeling, at least on one side, perhaps on both, that stocktaking has been left till too late. A hurried vexed excitement, not unpleasurable, because suspended animation is at an end, invades their faculties; they are faced with the real equation of land animals who have been at sea.

“You’ve never told me why you’re called Tony when your name is James.”

“That IS why. I WISH you’d be serious, Clare; we haven’t much time before the darned ship docks. I simply can’t bear the thought of not seeing you every day.”

Clare gave him a swift look, and withdrew her eyes to the shore again. ‘How clean!’ she was thinking. He had, indeed, a clean oval-shaped brown face, determined, but liable to good humour, with dark grey eyes inclined to narrow with his thoughts, and darkish hair; and he was thin and active.

He took hold of a button of her coat.

“You haven’t said a word about yourself out there, but you aren’t happy, I know.”

“I dislike people who talk about their private lives.”

“Look!” he put a card into her hand: “That club always finds me.”

“Isn’t the Coffee House very out of date?”

“Yes, but it’s still rather ‘the thing.’ My Dad put me down when I was born.”

“I have an uncle by marriage who belongs–Sir Lawrence Mont, tall and twisty and thin; you’ll know him by a tortoiseshell-rimmed eyeglass.”

“What are you going to do with yourself in England?”

“Anything except schoolmastering and selling things on commission.”

“But does anybody ever get anything else nowadays?’

“No. It’s a bad look-out. What I’d like would be an estate agency, or something to do with horses.”

“Estates and horses are both dying out.”

“I know one or two racing men rather well. But I expect I shall end as a chauffeur. Where are you going to stay?”

“With my people. At first, anyway. If you still want to see me when you’ve been home a week, Condaford Grange, Oxfordshire, will find me.”

“Why did I ever meet you?” said the young man, with sudden gloom.

“Hasn’t it meant anything to you?”

Clare looked at him steadily before answering.