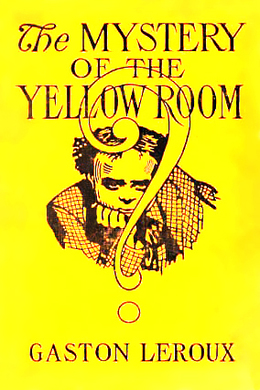 The Mystery of the Yellow Room

Even if Hercule Poirot had been born a Frenchman, not a Belgian, he would have to take second place in detection to Joseph Rouletabille, the brilliant young sleuth created by Gaston Leroux. Here, in his first and most baffling case, the eighteen year old reporter astounds readers with his audacity and ingenuity. Who could have tried to murder Mademoiselle Stangerson, beautiful daughter of a famous radium scientist ? And how could they have entered and escaped from a completely locked and watched room ? With the Surete s top sleuth vying against him, Rouletabille is determined to prove only he can solve the case. This classic work of French detective fiction was much admired by Agatha Christie. As a connoisseur of the detective story she said this was one of the best . Others would praise it even more highly than that.

It is not without a certain emotion that I begin to recount here the extraordinary adventures of Joseph Rouletabille. Down to the present time he had so firmly opposed my doing it that I had come to despair of ever publishing the most curious of police stories of the past fifteen years. I had even imagined that the public would never know the whole truth of the prodigious case known as that of The Yellow Room, out of which grew so many mysterious, cruel, and sensational dramas, with which my friend was so closely mixed up, if, propos of a recent nomination of the illustrious Stangerson to the grade of grandcross of the Legion of Honour, an evening journal–in an article, miserable for its ignorance, or audacious for its perfidy–had not resuscitated a terrible adventure of which Joseph Rouletabille had told me he wished to be for ever forgotten.

The Yellow Room! Who now remembers this affair which caused so much ink to flow fifteen years ago? Events are so quickly forgotten in Paris. Has not the very name of the Nayves trial and the tragic history of the death of little Menaldo passed out of mind? And yet the public attention was so deeply interested in the details of the trial that the occurrence of a ministerial crisis was completely unnoticed at the time. Now The Yellow Room trial, which, preceded that of the Nayves by some years, made far more noise. The entire world hung for months over this obscure problem–the most obscure, it seems to me, that has ever challenged the perspicacity of our police or taxed the conscience of our judges. The solution of the problem baffled everybody who tried to find it. It was like a dramatic rebus with which old Europe and new America alike became fascinated. That is, in truth–I am permitted to say, because there cannot be any author’s vanity in all this, since I do nothing more than transcribe facts on which an exceptional documentation enables me to throw a new light–that is because, in truth, I do not know that, in the domain of reality or imagination, one can discover or recall to mind anything comparable, in its mystery, with the natural mystery of The Yellow Room.

That which nobody could find out, Joseph Rouletabille, aged eighteen, then a reporter engaged on a leading journal, succeeded in discovering. But when, at the Assize Court, he brought in the key to the whole case, he did not tell the whole truth. He only allowed so much of it to appear as sufficed to ensure the acquittal of an innocent man. The reasons which he had for his reticence no longer exist. Better still, the time has come for my friend to speak out fully. You are going to know all; and, without further preamble, I am going to place before your eyes the problem of The Yellow Room as it was placed before the eyes of the entire world on the day following the enactment of the drama at the Chateau du Glandier.

On the 25th of October, 1892, the following note appeared in the latest edition of the “Temps”:

“A frightful crime has been committed at the Glandier, on the border of the forest of Sainte-Genevieve, above Epinay-sur-Orge, at the house of Professor Stangerson. On that night, while the master was working in his laboratory, an attempt was made to assassinate Mademoiselle Stangerson, who was sleeping in a chamber adjoining this laboratory. The doctors do not answer for the life of Mdlle. Stangerson.”

The impression made on Paris by this news may be easily imagined. Already, at that time, the learned world was deeply interested in the labours of Professor Stangerson and his daughter. These labours–the first that were attempted in radiography–served to open the way for Monsieur and Madame Curie to the discovery of radium. It was expected the Professor would shortly read to the Academy of Sciences a sensational paper on his new theory,–the Dissociation of Matter,–a theory destined to overthrow from its base the whole of official science, which based itself on the principle of the Conservation of Energy. On the following day, the newspapers were full of the tragedy. The “Matin,” among others, published the following article, entitled: “A Supernatural Crime”:

“These are the only details,” wrote the anonymous writer in the “Matin”–“we have been able to obtain concerning the crime of the Chateau du Glandier. The state of despair in which Professor Stangerson is plunged, and the impossibility of getting any information from the lips of the victim, have rendered our investigations and those of justice so difficult that, at present, we cannot form the least idea of what has passed in The Yellow Room in which Mdlle. Stangerson, in her night-dress, was found lying on the floor in the agonies of death. We have, at least, been able to interview Daddy Jacques–as he is called in the country–a old servant in the Stangerson family.