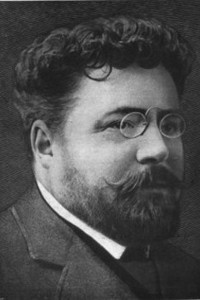 Gaston Louis Alfred Leroux was a French journalist and author of detective fiction. In the English-speaking world, he is best known for writing the novel The Phantom of the Opera, which has been made into several film and stage productions of the same name, such as the 1925 film starring Lon Chaney; and Andrew Lloyd Webber’s 1986 musical.

Even if Hercule Poirot had been born a Frenchman, not a Belgian, he would have to take second place in detection to Joseph Rouletabille, the brilliant y...read more »

The surviving Nihilists have condemned the Russian General Trebassof to death for the crimes he and his troops committed against the revolution. Three a...read more »