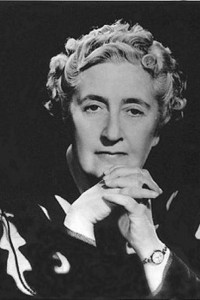 Agatha Christie was a British crime fiction writer who is considered the world’s best-known mystery writer and, apart from William Shakespeare, is the bestselling author of any genre. Her books have sold over two billion copies in the English language and another two billion in over 56 foreign languages. As an example of her broad appeal, she is the all-time bestselling author in France, with over 40 million copies sold in French versus 22 million for Emile Zola, the nearest contender. She is famously known as the ‘Queen of Crime’ and is, arguably, the most important and innovative writer in the development of the English mystery novel. (source: Biblio / Wikipedia)

The very first collection of superb short stories featuring Hercule Poirot and Captain Hastings… First there was the mystery of the film star and the d...read more »

Newly-orphaned Anne Beddingfeld is a nice English girl looking for a bit of adventure in London. But she stumbles upon more than she bargained for! Anne...read more »

Belgian detective Hercule Poirot is summoned to France after receiving a distressing letter with an urgent cry for help. Upon his arrival in Merlinville...read more »

The Mysterious Affair at Styles (1920)

The heiress of Styles has been murdered, dying in agony from strychnine slipped into her coffee. And there are plenty who would gain from her death: the...read more »

Full of energy and short of funds, old chums Tommy Beresford and Tuppence Cowley decide to form the “Young Adventurers,” and advertise themselves as wil...read more »