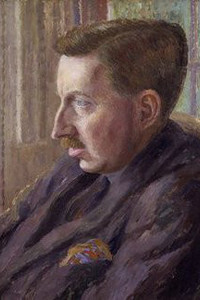 Edward Morgan Forster was an English novelist, short story writer, essayist and librettist. He is known best for his ironic and well-plotted novels examining class difference and hypocrisy and also the attitudes towards gender and homosexuality in early 20th-century British society. Forster’s humanistic impulse toward understanding and sympathy may be aptly summed up in the epigraph to his 1910 novel Howards End: “Only connect”. (source: Wikipedia)

When Adela Quested and her elderly companion Mrs Moore arrive in the Indian town of Chandrapore, they quickly feel trapped by its insular and prejudiced...read more »

This Edwardian social comedy explores love and prim propriety among an eccentric cast of characters assembled in an Italian pensione and in a corner of ...read more »

The Schlegels are intellectuals, devotees of art and literature. The Wilcoxes are practical and materialistic, leading lives of “telegrams and anger.” W...read more »

Trilling described The Longest Journey as “perhaps the most brilliant, the most dramatic, and the most passionate” of E.M. Forster’s works. Certainly it...read more »

In this short science fiction story, Forster describes a world in which almost all humans have lost the ability to live on the surface of the Earth. Eac...read more »

When attractive, impulsive English widow Lidia takes a holiday in Italy, she causes a scandal by marrying Gino, a dashing and highly unsuitable Italian ...read more »