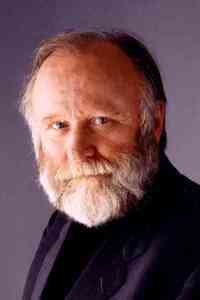 Franklin Patrick Herbert, Jr. was a critically acclaimed and commercially successful American science fiction author. Although a short story author, he is best known for his novels, most notably Dune and its five sequels. The Dune saga, set in the distant future and taking place over millennia, deals with themes such as human survival and evolution, ecology, and the intersection of religion, politics and power. Dune itself is the “best-selling science fiction novel of all time,” and the series is widely considered to be among the classics in the genre.

“Missing Link” is vintage Frank Herbert. It tells the story of Lewis Orne, junior I-A field man, on the planet Gienah III. He is there to investigate a ...read more »

“Old Rambling House” is a short story by science fiction author Frank Herbert which first appeared in Galaxy magazine in 1958 and later in Herbert’s 198...read more »

It’s hard to ferret out a gang of fanatics; it would, obviously, be even harder to spot a genetic line of dedicated men. But the problem Orne had was on...read more »