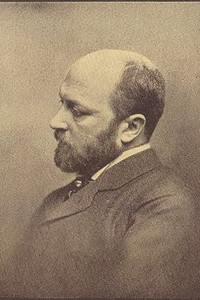 Henry James was an American writer, regarded as one of the key figures of 19th-century literary realism. James contributed significantly to the criticism of fiction, particularly in his insistence that writers be allowed the greatest possible freedom in presenting their view of the world. His imaginative use of point of view, interior monologue and possibly unreliable narrators in his own novels and tales brought a new depth and interest to narrative fiction. An extraordinarily productive writer, in addition to his voluminous works of fiction he published articles and books of travel, biography, autobiography, and criticism, and wrote plays, some of which were performed during his lifetime with moderate success. His theatrical work is thought to have profoundly influenced his later novels and tales.

Henry James’s novella In the Cage tells the story of a young women, the “betrothed of Mr Mudge”, who works at a post-office counter sending telegrams mo...read more »

James’s subtle mastery of the art of fiction is nowhere more evident than in The Beast in the Jungle, regarded by many as his greatest achievement in sh...read more »

Eugenia, a baroness divorced from a German prince, and her bohemian brother, Felix, are coming back to America. Raised and cultured in Europe, they are ...read more »

The Golden Bowl is an intense, involved study of marriage, adultery and family ties. The central characters are a man and his daughter and James delves ...read more »

When Isabel Archer, a young American woman with looks, wit, and imagination, arrives in Europe, she sees the world as ‘a place of brightness, of free ex...read more »

The story starts conventionally enough with friends sharing ghost stories ‘round the fire on Christmas Eve. One of the guests tells about a governess at...read more »

Of the three late masterpieces that crown the extraordinary literary achievement of Henry James, The Wings of the Dove is at once the most personal and ...read more »

Washington Square follows the coming-of-age of its plain-faced, kindhearted heroine, Catherine Sloper. Much to her father’s vexation, a handsome opportu...read more »

What Maisie Knew represents one of James’s finest reflections on the rites of passage from wonder to knowledge, and the question of their finality. The ...read more »