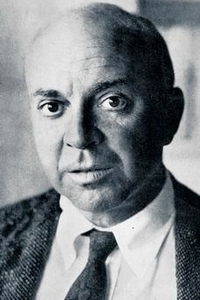 John Roderigo Dos Passos was a radical American novelist and artist active in the first half of the twentieth century. His novel, Manhattan Transfer, became a huge commercial success but he is perhaps best known for his U.S.A. trilogy which consists of the novels The 42nd Parallel, 1919, and The Big Money. In 1998, the Modern Library ranked the U.S.A. Trilogy 23rd on its list of the 100 best English-language novels of the 20th century. An artist as well as a novelist, Dos Passos created cover art for his books, was influenced by the modernist movements in 1920s Paris, and continued to paint throughout his lifetime.

Passos’ only collection of poetry, many of these poems were published in periodicals in 1921/22, though some were composed as early as 1916. George H. D...read more »

Springing from the author’s first-hand experience as an ambulance driver and Red Cross worker during World War I, this autobiographical first novel is n...read more »

Drawing on his own adventures in the Spanish countryside, Dos Passos writes a story of two nomads walking from Madrid to Toledo in the years after World...read more »

A novel begun in college and then reworked for seven years, this work mirrors the author’s experience at Harvard and in greater Boston. The novel reflec...read more »

Three Soldiers is one of the major American war novels of the First World War, and remains a classic of the realist war novel genre. This powerful explo...read more »