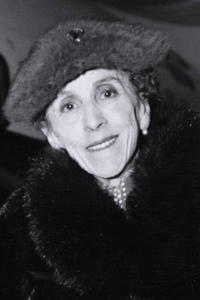 Baroness Karen Christenze von Blixen-Finecke was a Danish author who wrote works in Danish and English. She is best known under her pen names Isak Dinesen, used in English-speaking countries, and Tania Blixen, used in German-speaking countries. She also published works using the aliases Osceola and Pierre Andrézel. Blixen is best known for Out of Africa, an account of her life while living in Kenya, and for the short story, Babette’s Feast, both of which have been adapted into Academy Award-winning motion pictures. She is also noted, particularly in Denmark, for her Seven Gothic Tales (source: Wikipedia).

Last Tales is a collection of twelve of the last tales that Isak Dinesen wrote before her death in 1962. They include seven tales from Albondocani, a pr...read more »

From the moment Karen Blixen arrived in Kenya in 1914 to manage a coffee plantation, her heart belonged to Africa. Drawn to the intense colours and ravi...read more »

Blixen takes up the absorbing story of her life in Kenya begun in the unforgettable Out of Africa, which she published under the name of Isak Dinesen. W...read more »