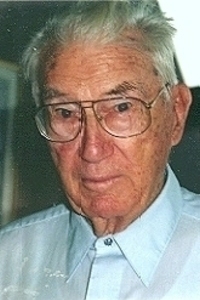 Ray Cummings was an American author of science fiction, rated one of the “founding fathers of the science fiction pulp genre”. Cummings worked with Thomas Edison as a personal assistant and technical writer from 1914 to 1919. His most highly regarded work was the novel The Girl in the Golden Atom, which was a consolidation of a short story by the same name (where Cummings combined the idea of Fitz James O’Brien’s The Diamond Lens with H. G. Wells’s The Time Machine) and a sequel, The People of the Golden Atom. His career resulted in some 750 novels and short stories, using also the pen names Ray King, Gabrielle Cummings, and Gabriel Wilson.

The new planet Caem out of the infinite deeps of insterstellar space, moved in towards the sunlike a comet, and stayed – a new member of the Solar Syste...read more »

Years have passed, and the doings of Tama, Princess of Mercury, have become the stuff of legend to the women of the Light Country. But now tyranny threa...read more »

Is the entire universe just one of the atoms of some even greater cosmos? Such was the conception of one scientist - and his effort to prove this theory...read more »

When George Randolph first caught sight of Orena, he was astounded by its gleaming perfection. Here were hills and valleys, lakes and streams, glowing w...read more »

Two planets clash for lunar treasure! Gregg Haljan was aware that there was a certain danger in having the giant spaceship Planetara stop off at the moo...read more »

Are all the artificial satellites circling the earth ours? How can we be sure that these little metal globes, these observational devices with their top...read more »

In a tale of the year 2430 A.D. – a time somewhat farther beyond our present-day era than we are beyond Columbus’ discovery of America. My desire has be...read more »

When a girl who said she had been kidnapped from the year 1777 appeared in modern New York, she was either deluded or the victim of an incredible time-s...read more »

The invasion began innocently enough when the meteor crashed to earth. Then a glow began to emanate from the meteor and everything that entered the ligh...read more »

The tale of a scientist who sees a beautiful woman in the atoms of his mother’s wedding ring (and his adventures when he shrinks himself down to join he...read more »

It took what seemed but half a day’s traveling to traverse the 28,000 years that separated Loto Rogers from the most beautiful girl he had ever seen. He...read more »

Overnight a mysterious tower sprang up in the city park - where there had been none. And a girl ran from it, seeking help. But the price of her rescue c...read more »

There were nine major planets in the Solar System, and it was within their boundaries that man first set up interplanetary commerce and began trading wi...read more »

Charlon, Ruler of the Bat People of Neptune, Puts Tremendous Obstacles in the Way of Three Spaceteers of Earth—and Jeopardizes the Destinies of Two Plan...read more »