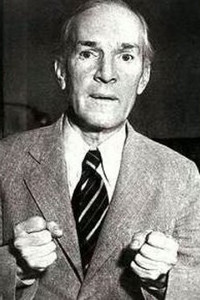 Upton Sinclair, Jr. was a Pulitzer Prize-winning American author who wrote over 90 books in many genres. He achieved popularity in the first half of the 20th century, acquiring particular fame for his 1906 muckraking novel The Jungle. It exposed conditions in the U.S. meat packing industry, causing a public uproar that contributed in part to the passage a few months later of the 1906 Pure Food and Drug Act and the Meat Inspection Act. (source: Wikipedia)

100%: The Story of a Patriot is a book of fictional responses to Sinclair’s real-life social and economic concerns. It tells the story of Peter Gudge, a...read more »

Upton Sinclair, one of America’s foremost and most prolific authors, addresses the cultivation of the mind and the body. Sinclair’s goal was to attempt ...read more »

Here Upton Sinclair offers us a novel about the Wall Street panic of 1907. He tells of a financial disaster brought on deliberately by powerful capitali...read more »