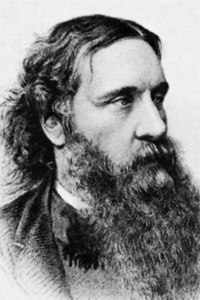 George MacDonald was a Scottish author, poet, and Christian minister. He was a pioneering figure in the field of fantasy literature and the mentor of fellow writer Lewis Carroll. His writings have been cited as a major literary influence by many notable authors including W. H. Auden, C. S. Lewis, J. R. R. Tolkien, Walter de la Mare, E. Nesbit and Madeleine L’Engle. C. S. Lewis wrote that he regarded MacDonald as his “master”: “Picking up a copy of Phantastes one day at a train-station bookstall, I began to read. A few hours later,” said Lewis, “I knew that I had crossed a great frontier.” G. K. Chesterton cited The Princess and the Goblin as a book that had “made a difference to my whole existence”.

The magical story of Diamond, the son of a poor coachman, who is swept away by the North Wind – a radiant, maternal spirit with long, flowing hair – and...read more »

“Equal if not superior to the best of Poe”, raved poet W. H. Auden about this classic Victorian novel. A fantasy novel for adults that’s rich with symbo...read more »

One of the first great works of nineteenth-century fantasy fiction, Phantastes inspired many of the great Christian and fantasy authors of the twentieth...read more »

The Princess and the Goblin is the story of the young Princess Irene, her good friend Curdie–a minor’s son–and Irene’s mysterious and beautiful great gr...read more »