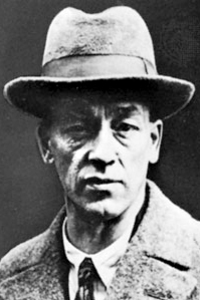 James Stephens was an Irish novelist and poet and produced many retellings of Irish myths and fairy tales, which are marked by a rare combination of humour and lyricism; Deirdre, and Irish Fairy Tales are often especially praised. He also wrote several original novels, The Crock of Gold, Etched in Moonlight, and Demi-Gods, which are based loosely on Irish fairy tales. The Crock of Gold in particular has achieved enduring popularity and has often been reprinted. Stephens’s influential book on the 1916 Easter Rising, Insurrection in Dublin, describes the effect of the deaths by execution of his friend Thomas MacDonagh and others as being “like watching blood oozing from under a door”. (source: Wikipedia)

A strange wistful story of sixteen-year-old Mary, the only child of her fiercely protective, widowed mother. Mary and her mother live in a one-room tene...read more »

Pass a pleasant afternoon with this delightful collection of short stories. Simple but not simplistic, these diverting tales are rendered in exquisitely...read more »

In The Demi-Gods, a group of ancient heroes in the form of winged angels show up one night in the camp of the wandering Mac Canns (Patsy, his daughter M...read more »

In the Land of Youth recounts the rivalry between the courtly Queen Meave and Eochaid, the earthy king. It is filled with scenes of ribaldry and revelry...read more »