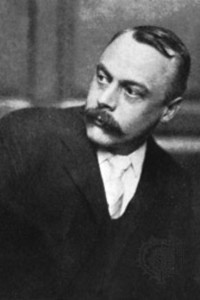 Kenneth Grahame was a British writer, most famous for The Wind in the Willows, one of the classics of children’s literature. While still a young man, Grahame began to publish light stories in London periodicals such as the St. James Gazette. Some of these stories were collected and published as Pagan Papers in 1893, and, two years later, The Golden Age. These were followed by Dream Days in 1898, which contains The Reluctant Dragon.

There is a ten-year gap between Grahame’s penultimate book and the publication of his triumph, The Wind in the Willows. During this decade Grahame became a father. The wayward headstrong nature he saw in his little son he transformed into the swaggering Mr. Toad, one of its four principal characters. Despite its success, he never attempted a sequel. (source: Wikipedia)

This sequel to The Golden Age is an informative snapshot of the late Victorian era that captures the world of imagination inhabited by children. These ...read more »

Years before he wrote The Wind in the Willows, Kenneth Grahame published a very different sort of book: Pagan Papers, a wry, witty, wide-ranging collect...read more »

Imagine The Wind in the Willows with real children in place of Kenneth Grahame’s storybook animals, and you’ll get a picture of The Golden Age. Thoughtf...read more »

Mole, Water Rat, Badger, and the mischievous Toad live a quiet life on banks of the River Thames with the rest of their animal friends. But Toad tends t...read more »