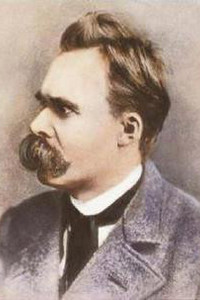 Friedrich Wilhelm Nietzsche was a 19th-century German philosopher and classical philologist. He wrote critical texts on religion, morality, contemporary culture, philosophy and science, using a distinctive rhetorical and evocative style, displaying a fondness for metaphor, irony and aphorism. Nietzsche’s influence remains substantial within and beyond philosophy, notably in existentialism and post-modernism. His style and radical questioning of the value and objectivity of truth have resulted in much commentary and interpretation, mostly in the continental tradition. His key ideas include the death of God, perspectivism, the Übermensch, the eternal recurrence, and the will to power. (source: Wikipedia)

A scathing and powerful critique of philosophy, religion and science. Here Nietzsche presents us with problems and challenges that are as troubling as t...read more »

This work is both an unrestrained attack on Christianity and a further exposition of Nietzsche’s will-to-power philosophy so dramatically presented in Z...read more »

The Case Against Wagner was one Nietzsche’s last books, and his wittiest. In Wagner’s music, in his doctrine, in his whole concept of art, Nietzsche saw...read more »

When Nietzsche called his book The Dawn of Day, he was far from giving it a merely fanciful title to attract the attention of that large section of the ...read more »

Nietzsche’s most controversial, and probably his most important work. The concepts that “God is Dead” and “Eternal Recurrence” with their attendant rami...read more »