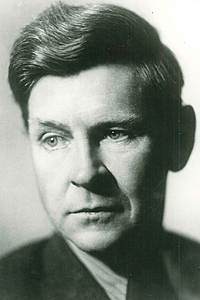 William Olaf Stapledon was a British philosopher and author of science fiction. His fiction often presents the strivings of some intelligence that is beaten down by an indifferent universe and its inhabitants who, through no fault of their own, fail to comprehend its lofty yearnings. It is filled with protagonists who are tormented by the conflict between their “higher” and “lower” impulses.

In 2014, he was inducted into the Science Fiction and Fantasy Hall of Fame.

A work of unprecedented scale in the genre, it describes the history of humanity from the present onwards across two billion years and eighteen distinct...read more »

Last Men in London follows an Englishman named Paul, from childhood through service with an ambulance crew in the First World War (mirroring Stapledon’s...read more »

John Wainwright is a freak - a human mutation with an extraordinary intelligence which is both awesome and frightening to all who come into contact with...read more »

Sirius is Thomas Trelone’s great experiment - a huge, handsome dog with the brain and intelligence of a human being. Raised and educated in Trelone’s ow...read more »

The Flames was Stapledon’s last major work of fiction before he died. After having narrowed his scope from the huge cosmic histories of Last and First M...read more »