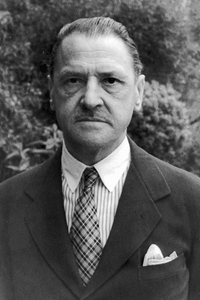 William Somerset Maugham was an English playwright, novelist and short story writer. He was among the most popular writers of his era, and reputedly, the highest paid author during the 1930s. Commercial success with high book sales, successful theatre productions and a string of film adaptations, backed by astute stock market investments, allowed Maugham to live a very comfortable life. Small and weak as a boy, Maugham had been proud even then of his stamina, and as an adult he kept churning out the books, proud that he could. Yet, despite his triumphs, he never attracted the highest respect from the critics or his peers. Maugham himself attributed this to his lack of “lyrical quality”, his small vocabulary and failure to make expert use of metaphor in his work.

Liza of Lambeth narrates Liza’s last four months alive. She lives in a working-class area of London, and as the youngest of thirteen siblings she is lef...read more »

A potent expression of the power of sexual obsession and of modern man’s yearning for freedom. This classic tells the story of Philip Carey, a sensitive...read more »

This collection of short stories is sure to please fans of the eminently talented British author W. Somerset Maugham. With details drawn from Maugham’s ...read more »

The Circle is set in the fashionable drawing room of Aston-Adey, the Champion-Cheneys’ house in Dorset. Maugham’s plot, which may be unfamiliar, contain...read more »

A story of the proud Allertons whose fortune has been squandered, and whose three-hundred-year estate Hamlyn’s Purlieu stands to be lost to the family. ...read more »

Many war heroes return from battle to a world that has changed dramatically. In the case of James Parsons, the protagonist of W. Somerset Maugham’s The ...read more »

The Magician is one of Somerset Maughams most complex and perceptive novels. Running through it is the theme of evil, deftly woven into a story as memo...read more »

Immerse yourself in the mystery and intrigue of medieval Italy in this engrossing novel from W. Somerset Maugham, the author of such timeless classics a...read more »

Based on the life of Paul Gauguin, The Moon and Sixpence is W. Somerset Maugham’s ode to the powerful forces behind creative genius. Charles Strickland ...read more »

Maugham found a parallel to the turmoil of our own times in the duplicity, intrigue and sensuality of the Italian Renaissance. Then and Now enters the w...read more »

Island hoping across the South Pacific, the esteemed Dr. Saunders is offered passage by Captain Nichols and his companion Fred Blake, two men who appear...read more »

Larry Darrell is a young American in search of the absolute. The progress of this spiritual odyssey involves him with some of Maugham’s most brillant ch...read more »

Autobiographical without being an autobiography, confessional without disclosing his private self, The Summing Up, written when Maugham was sixty-four, ...read more »

When noted English writer William Somerset Maugham set off for the South Seas to regain his health, he gathered the materials and wrote the stories repr...read more »