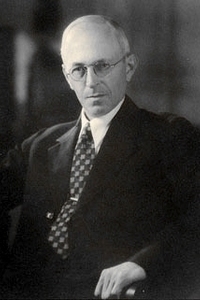 Clarence E. Mulford was the author of Hopalong Cassidy, with his other stories and 28 novels followed by radio, feature film, television, and comic book versions. While many of his stories depicted Cassidy and other men of the Bar-20 ranch, he also wrote novels (and short stories) of other Westerners, starting with Johnny Nelson. He also wrote nonfiction, mostly about the West, the outdoors, and motoring.

Clarence Mulford’s classic Western introduces the legendary Hopalong Cassidy and other colorful cohorts from the Bar-20 ranch. While the Hopalong Cassid...read more »

Early 1840’s and the West is opening up. Wagon trains are headed to the Oregon Territories and Texas is still an independent republic. Tom Boyd is pushe...read more »

Fans familiar with the polished and polite on-screen version of this indelible Western hero may be taken aback at their first encounter with his literar...read more »

Tex Ewalt was educated before he came west and can quote Shakespeare, philosophy, and the Bible, which spices up his conversation some. He’s gotten rest...read more »

Hopalong Cassidy, Red Connors and Johnny nelson rode across the searing inferno of the Staked Plains and challenged Kane—who dominated the country like ...read more »

Buck Peters put everything he owned into the Bar-20 and thought he could make a go of it. It looked pretty good too, until he fell in with that gang of ...read more »

When Hopalong Cassidy’s friend, Johnny Nelson, left Bar-20 searching for even greater adventure, and joined the CL Ranch, he found more than he bargaine...read more »

The Orphan is one of Clarence E. Mulford’s most intriguing novels. From the moment he is accused of bushwacking two sheep farmers, to the moment he find...read more »

Red Connors uncrossed his legs, picked his hat from the floor, and arose. He was grinning reminiscently, as well he might: to Red, any episode concernin...read more »