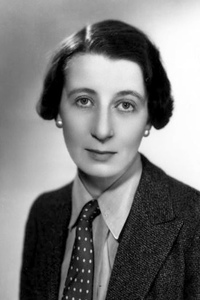 Josephine Tey was a pseudonym used by Elizabeth Mackintosh, a Scottish author best known for her mystery novels. She also wrote as Gordon Daviot, under which name she wrote plays with an historical theme. In five of the mystery novels, all of which except the first she wrote under the name of Tey, the hero is Scotland Yard Inspector Alan Grant. (Grant appears in a sixth, The Franchise Affair, as a minor character.) The most famous of these is The Daughter of Time, in which Grant, laid up in hospital, has friends research reference books and contemporary documents so that he can puzzle out the mystery of whether King Richard III of England murdered his nephews, the Princes in the Tower. Grant comes to the firm conclusion that King Richard was totally innocent of the death of the Princes. In 1990, The Daughter of Time was selected by the British-based Crime Writers’ Association as the greatest mystery novel of all time.

Beneath the sea cliffs of the south coast, suicides are a sad but common fact of life. Yet even the hardened coastguard knows something is wrong when a ...read more »

What begins as a ploy to claim an inheritance ends with the impostor’s life hanging in the balance. In this tale of mystery and suspense, a stranger ent...read more »

Voted greatest mystery novel of all time by the Crime Writers’ Association in 1990, Josephine Tey recreates one of history’s most famous—and vicious—cri...read more »

Robert Blair was about to knock off from a slow day at his law firm when the phone rang. It was Marion Sharpe on the line, a local woman of quiet dispos...read more »

On sick leave from Scotland Yard, Inspector Alan Grant is planning a quiet holiday with an old school chum to recover from overwork and mental fatigue. ...read more »

When a young strikingly handsome photographer mysteriously disappears, it’s up to Inspector Alan Grant to discover whether he accidentally drowned, comm...read more »