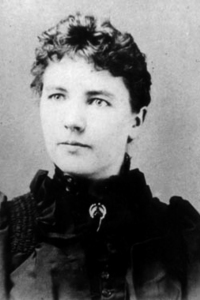 Laura Elizabeth Ingalls Wilder was an American writer, most notably the author of the Little House series of children’s novels based on her childhood in a pioneer family. Her daughter Rose encouraged Laura to write and helped her to edit and publish the novels. A popular 1974–84 TV series loosely based on the Little House books starred Melissa Gilbert as Wilder.

The adventures of Laura Ingalls and her family continue as they move from their little house on the banks of Plum Creek to the wilderness of the unsettl...read more »

Growing up on his family’s farm in New York, Almanzo Wilder wishes for just one thing–his very own horse. But Father doesn’t yet trust him with such a b...read more »

Wolves and panthers and bears roamed the deep Wisconsin woods. Still, Laura Ingalls’ father preferred to live miles away from the nearest neighbors. So ...read more »

Laura Ingalls and her family are heading to Kansas! Leaving behind their home in the Big Woods of Wisconsin, they travel by covered wagon until they fin...read more »

The young town of De Smet has survived the long, harsh winter of 1880-1881. With the arrival of spring comes invitations to socials, parties, and “_lite...read more »

The adventures of Laura Ingalls and her family continue as they leave the prairie and travel in their covered wagon to Walnut Grove, Minnesota. Here the...read more »

The town of De Smet in the Dakota Territory is hit with terrible blizzards in the hard winter of 1880-81, and the Ingalls family must ration their food ...read more »