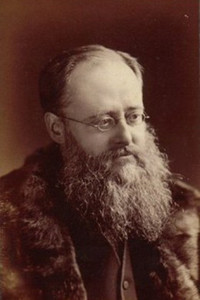 William Wilkie Collins was an English novelist, playwright, and author of short stories. He was hugely popular in his time and wrote 27 novels, more than 50 short stories, at least 15 plays, and over 100 pieces of non-fiction work. Collins was born in London, the son of a well-known Royal Academician landscape artist, William Collins. Named after his father, he swiftly became known by his second name (which honoured his godfather, David Wilkie). From the ages of 12-15 he lived with his parents in Italy, which made a great impression on him. At the age of 17 he left school and was apprenticed as a clerk to a firm of tea merchants, but after five unhappy years he entered Lincoln’s Inn to study law. After his father’s death in 1847, Collins produced his first published book, Memoirs of the Life of William Collins, Esq., R.A. (1848), and also considered a career in painting, exhibiting a picture at the Royal Academy summer exhibition in 1849, but it was with the release of his first published novel, Antonina, in 1850 that his career as a writer began in earnest. (source: Wikipedia)

A series of tales supposed to be told to a portrait-painter by his sitters; the framework tells us how he came to think of publishing the stories thus c...read more »

Can a dream foretell the future? That is one of the central questions of Armadale, one of Wilkie Collins’ lesser-known novels. But even though it is not...read more »

Condemned by Victorian critics as immoral, but regarded today as a novel of outstanding social insight, No Name shows William Wilkie Collins at the heig...read more »

It may be that women have no positive appreciation of what is beautiful in form and colour–or it may be that they have no opinions of their own when the...read more »

The Dead Secret begins with the death bed confession of Mrs Treverton that will take her family by storm. The maid, Sarah Leeson, against the dying wish...read more »

This is a unique collection of strange stories from the cunning pen of Wilkie Collins, author of The Woman in White and The Moonstone. The star attracti...read more »

Valeria Woodville’s first act as a married woman is to sign her name in the marriage register incorrectly, and this slip is followed by the gradual disc...read more »

Stolen from the forehead of a Hindu idol, the dazzling gem known as “The Moonstone” resurfaces at a birthday party in an English country home–with an en...read more »

The woman in white first appears at night on a lonely heath near London and is next seen at a grave-side in Cumberland. Who is she? Where has she come f...read more »