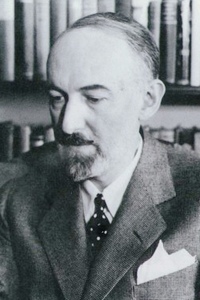 American art critic Willard Huntington Wright, under the pseudonym of Dine when he wrote detective novels, was an important figure in avant-garde cultural circles in pre-WWI New York, and under the pseudonym (which he originally used to conceal his identity) he created the once immensely popular fictional detective Philo Vance, a sleuth and aesthete who first appeared in books in the 1920s, then in movies and on the radio.

Playboy stockbroker, Alvin Benson, is found in his brownstone mansion with a bullet through his head. First on the scene is Philo Vance, amateur detecti...read more »

The beautiful Margaret Odell, famous Broadway beauty and ex-Follies girl known as “The Canary”, is found murdered in her apartment. She has a number of ...read more »

A guest at Inwood Hill Park, an estate in northern Manhattan, dives into the swimming pool and disappears. Has a mythological dragon which is said to pr...read more »

Philo Vance takes a hand when, in an evening, one daughter of the Greene family is shot to death and another one is wounded. The family comprises two so...read more »

It was exactly three months after the startling termination of the Scarab murder case* that Philo Vance was drawn into the subtlest and the most perplex...read more »

This new Van Dine kidnap-murder case deals with two of the most unusual crimes in the whole record of Philo Vance’s criminological researches. Kasper Ke...read more »

Philo Vance was drawn into the Scarab murder case by sheer coincidence, although there is little doubt that John F.-X. Markham—New York’s District Attor...read more »

The detective story is a kind of intellectual game. It is more—it is a sporting event. And the author must play fair with the reader. He can no more res...read more »