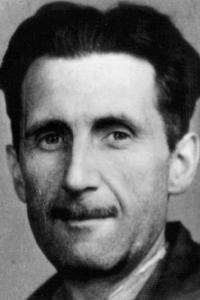 Eric Arthur Blair known by his pen name George Orwell, was an English novelist, essayist, journalist and critic. His work is marked by lucid prose, awareness of social injustice, opposition to totalitarianism, and commitment to democratic socialism. Commonly ranked as one of the most influential English writers of the 20th century and as one of the most important chroniclers of English culture of his generation, Orwell wrote literary criticism, poetry, fiction and polemical journalism. He is best known for the dystopian novel Nineteen Eighty-Four and the allegorical novella Animal Farm.

Intimidated by her father, the rector of Knype Hill, Dorothy performs her submissive roles of dutiful daughter and bullied housekeeper. Her thoughts are...read more »

The most famous by far of all twentieth-century political allegories, Animal Farm is the account of a group of barnyard animals who revolt against their...read more »

Set in the days of the Empire, with the British ruling in Burma, Burmese Days describes both indigenous corruption and Imperial bigotry, when ‘after all...read more »

George Bowling, the hero of this comic novel, is a middle-aged insurance salesman who lives in an average English suburban row house with a wife and two...read more »

This unusual fictional account - in good part autobiographical - narrates without self-pity and often with humor the adventures of a penniless British w...read more »

“Every line of serious work that I have written since 1936 has been written, directly or indirectly, against totalitarianism and for democratic socialis...read more »

London, 1936. Gordon Comstock has declared war on the money god; and Gordon is losing the war. Nearly 30 and ‘rather moth-eaten already,’ a poet whose o...read more »

It is 1984. The world is in a state of perpetual war and Big Brother sees and controls all. Winston Smith, a member of the Outer Party and propaganda-wr...read more »

Politics and the English Language (1946)

Politics and the English Language is widely considered Orwell’s most important essay on style. Style, for Orwell, was never simply a question of aesthet...read more »

Shooting an Elephant is Orwell’s searing and painfully honest account of his experience as a police officer in imperial Burma; killing an escaped elepha...read more »

Orwell’s moving reflections on the English character and his passionate belief in the need for political change. The Lion and the Unicorn was written in...read more »

An unflinching look at unemployment and life among the working classes in Britain during the Great Depression, The Road to Wigan Pier offers an in-depth...read more »