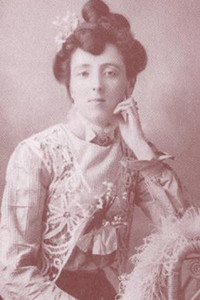 In the last year of her life, Montgomery completed what she intended to be a ninth novel featuring Anne, titled The Blythes Are Quoted. It included fifteen short stories (most of which were previously published) that she revised to include Anne and her family as mainly peripheral characters; forty-one poems (most of which were previously published) that she attributed to Anne and to her son Walter, who died as a soldier in the Great War; and vignettes featuring the Blythe family members discussing the poems. (source: Wikipedia)

At sixteen Anne is grown up…almost. Her gray eyes shine like evening stars, but her red hair is still as peppery as her temper. In the years since she a...read more »

When Marilla and Matthew Cuthbert of Green Gables send for a boy orphan to help them out at their farm, they mistakenly get Anne Shirley, a feisty, inde...read more »

Anne is the mother of five, with never a dull moment in her lively home. And now with a new baby on the way and insufferable Aunt Mary visiting - and we...read more »

Anne Shirley has left Redmond College behind to begin a new job and a new chapter of her life away from Green Gables. Now she faces a new challenge: the...read more »

The fifth novel about Anne Shirley, the red-haired girl from Green Gables. Life seems perfect to Anne Shirley, about to marry her childhood friend Gilbe...read more »

On Prince Edward Island, where Anne Shirley grew up in the sea-sprayed town of Avonlea, there was no shortage of wonderful stories. There was the case ...read more »

Emily Starr was born with the desire to write. As an orphan living on New Moon Farm, writing helped her face the difficult, lonely times. But now all he...read more »

Emily Starr never knew what it was to be lonely——until her beloved father died. Now Emily’s an orphan, and her mother’s snobbish relatives are taking he...read more »

Emily knows she’s going to be a great writer. She also knows that she and her childhood sweetheart, Teddy Kent, will conquer the world together. But whe...read more »

Nestled in the seaside hills of Prince Edward Island, there’s a road to a place called Green Gables where a girl named Anne grew up. Here, not far from...read more »

When twenty-four-year-old Eric Marshall arrives on Prince Edward Island to become a substitute schoolmaster, he has a bright future in his wealthy famil...read more »

Anne Shirley is grown up, has married her beloved Gilbert and now is the mother of six mischievous children. These boys and girls discover a special pla...read more »

Anne’s children were almost grown up, except for pretty, high-spirited Rilla. No one could resist her bright hazel eyes and dazzling smile. Rilla, almos...read more »

Valancy lives a drab life with her overbearing mother and prying aunt. Then a shocking diagnosis from Dr. Trent prompts her to make a fresh start. For t...read more »

When Sara Stanley, The Story Girl, returns to Carlisle to spend the winter with the King family, she comes up with a great idea. To help them through th...read more »

Sara Stanley is only fourteen, but she can weave tales that are impossible to resist. In the charming town of Carlisle, children and grown-ups alike flo...read more »