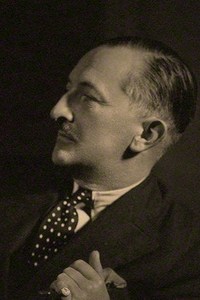 Herman Cyril McNeile was a British soldier and author, writing under the pseudonym Sapper. Drawing on his experiences in the trenches during the First World War, he started writing short stories and getting them published in the Daily Mail. As serving officers in the British Army were not permitted to publish under their own names, he was given the pen name “Sapper” by Lord Northcliffe, the owner of the Daily Mail; the nickname was based on that of his corps, the Royal Engineers. After the war McNeile left the army and continued writing, although he changed from war stories to thrillers. In 1920 he published Bulldog Drummond, whose eponymous hero became his best-known creation. The character was based on McNeile himself, on his friend Gerard Fairlie and on English gentlemen generally. McNeile wrote ten Bulldog Drummond novels, as well as three plays and a screenplay.

While Hugh “Bulldog” Drummond is staying in an old cottage for a peaceful few days of duck shooting, he is disturbed one night by the sound of men shout...read more »

When Colonel Henry Talbot summons Bulldog Drummond and Ronald Standish, it is to inform them of the mysterious death of one of their colleagues. There w...read more »

Ronald Standish, the charming, occasional detective who accepts cases when they take his fancy, receives a frantic phone call from a friend, who works f...read more »

No Man’s Land is a collection of short stories of World War I. From horrific descriptions of the western front to a light hearted crime yarn. This is Sa...read more »

As the Maid of Orleans sets sail for Boulogne, two men wave goodbye to their trusting wives, who are unaware the intended golf holiday is a ruse. Bulldo...read more »

Although the First World War is over, it seems that the hostilities are not, and when Captain Hugh “Bulldog” Drummond discovers that a stint of bribery ...read more »

A fascinating collection of tales, including stories related by members of a select club consisting of an actor, a barrister, a doctor, a soldier, a wri...read more »

When Robin Gaunt, inventor of a terrifyingly powerful weapon of chemical warfare, goes missing, the police suspect that he has ‘sold out’ to the other s...read more »

When intrepid adventurer, Jim Maitland, returns to England for a brief visit, he meets a charming young woman named Judy Draycott, who solicits his help...read more »

The Return of Bulldog Drummond (1934)

While staying as a guest at Merridale Hall, Captain Hugh ‘Bulldog’ Drummond’s peaceful repose is disturbed by a frantic young man who comes dashing into...read more »

Sapper leads us into a very pleasant world in which the mighty, such as the Oliver Samuelsons, the vulgar nouveaux riches, are turned out of their newly...read more »

The death of Professor Goodman is officially recorded as a tragic accident, but at the inquest, no mention is made of his latest discovery–a miraculous ...read more »

A terrific thriller from The Golden Age of the genre. Our hero attempts to rescue a compromising photographic negative of a European Queen from a gang o...read more »

Sapper is not so good inking short stories as in a full-length novel; but he still shows many of his virtues. His style is conversational and easy, his ...read more »