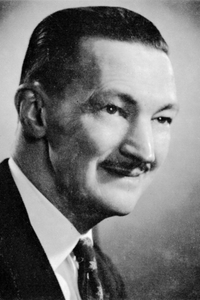 Henry Beam Piper was an American science fiction author. He wrote many short stories and several novels under the name H. Beam Piper, and is best known for his extensive Terro-Human Future History series of stories and a shorter series of Paratime alternate history tales. Piper’s work falls into two camps: stark space operas, such as Space Viking, or stories of cultural conflict and misunderstanding, such as Little Fuzzy and the Paratime stories.

Piper’s characterization was rooted in the notion of the self-reliant man: an individual able to take care of himself and both willing and able to tackle any situation which might arise. This is perfectly exemplified in a bit of dialogue found in his short story Oomphel in the Sky”: “He actually knows what has to be done and how to do it, and he’s going right ahead and doing it, without holding a dozen conferences and round-table discussions and giving everybody a fair and equal chance to foul things up for him.”

There has always been strong sympathy for the poor, meek, downtrodden slave–the kindly little man, oppressed by cruel and overbearing masters. Could it ...read more »

There was no stopping General Zarvas’ rebellion. Hunted and hated in two worlds, Hradzka dreamed of a monomaniac’s glory, stranded in the past with his ...read more »

Four-Day Planet…where the killing heat of a thousand-hour day drives men underground, and the glorious hundred-hour sunset is followed by a thousand-hou...read more »

Was this ill-fated expedition the end of a proud, old race–or the beginning of a new one? There are strange gaps in our records of the past. We find tra...read more »

The Terro-Human series continues as the Federation begins to crumble. How do you arrange to colonize a planet whose inhabitants speak gibberish yet stil...read more »

The planet Zarathustra is listed as uninhabited – which means that the entire planet can be owned by a corporation. That owner is the rich and happy Zar...read more »

When the whole ornery state of Texas took off for a new planet more to their liking, New Texas was the result: a rough-and-tumble world where everyone p...read more »

Murder in the Gunroom features a detective whose expertise in antique guns makes him the perfect candidate to crack the case of a collector felled by on...read more »

A group of explorers from Earth stumbles across the remains of an ancient civilization on Mars. The ruins are full of intriguing documents and artifacts...read more »

Get set for rip-roaring adventure in this tale from the imagination of science fiction luminary H. Beam Piper. In the aftermath of a massive war, many o...read more »

Miracles to order was a fine way for the paratimers to get mining concessions–but Nature can sometimes pull counter-miracles. And so can men, for that m...read more »

During the System States’ War, Poictesme was the general HQ and supply depot for the final thrust at the enemy. When the war ended, the buildings, the m...read more »

Part of this prolific author’s popular Terra-Human Future History series, this tale takes place just prior to the devastating world war that occurs in 1...read more »

Evil men had stolen his treasure, and Raud set out with his deer rifle and his great dog Brave to catch the thieves before they could reach the Starfolk...read more »

Once, wars were won by maneuvering hired fighting men; now wars are different—and the hired experts are different. But the human problems remain!

The Paratime Police had a real headache this time! Tracing one man in a population of millions is easy–compared to finding one gang hiding out on one of...read more »

Uller Uprising is a story about the past repeating itself and past events having a direct effect on the future. Piper based the story on the Sepoy Mutin...read more »